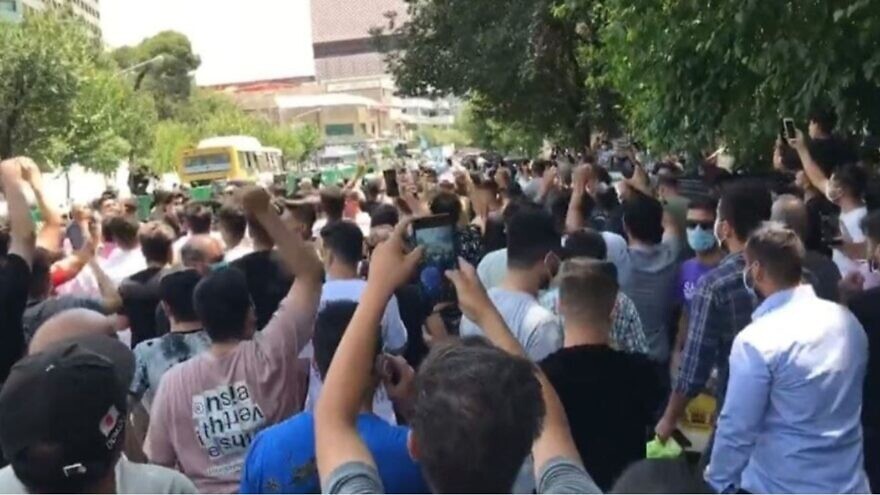 (July 27, 2021 / JNS) Protests in Iran over water shortages spread to the country’s capital on Monday, with demonstrators in Tehran shouting “death to the dictator,” AP reported.

Demonstrations also spread to the cities of Isfahan, Kermanshah, Karaj and Ahvaz, with protesters chanting “Not for Gaza! Not for Lebanon! I sacrifice my life for Iran”—a slogan used in protests since 2009 and that can be heard in footage posted on social media.

Since July 15, demonstrations have swept across dozens of towns and cities in the drought-stricken country’s oil-rich Khuzestan province.

At least eight people have been killed by Iranian security forces trying to quell the protests, according to reports from participants on the ground, some of whom have managed to evade what they claim is the regime’s Internet lockdown.

This is the latest in a series of anti-regime protests that have taken place in Iran since 2009 when incumbent President Mahmoud Ahmadinejad was declared the winner of what the public believed was a rigged election.

More recently, Iranians took to the streets in December 2019 and January 2020.