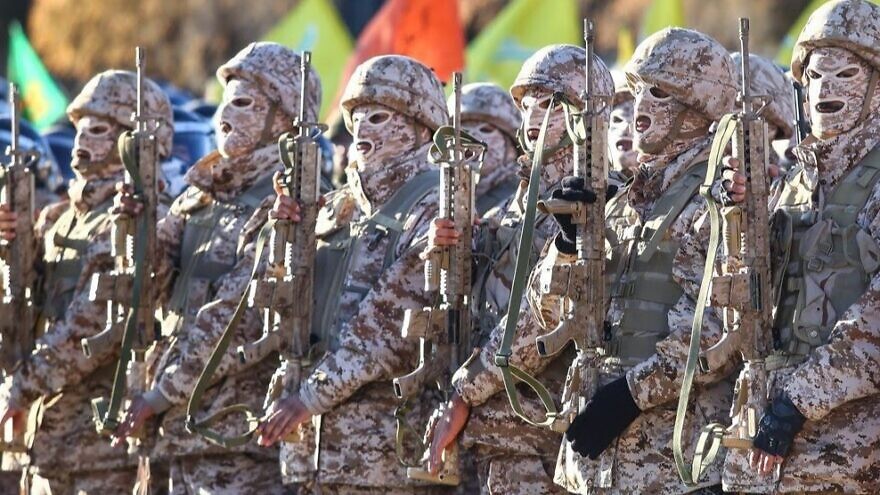 (January 23, 2023 / JNS) The European Union cannot blacklist Iran’s Islamic Revolutionary Guard Corps before a court in one of its member states rules that the paramilitary group meets the designation of a terrorist organization, the bloc’s foreign policy chief said on Monday.

“It is something that cannot be decided without a court, a court decision first. You cannot say I consider you a terrorist because I don’t like you,” said Josep Borrell, according to Reuters.

Borell said that E.U. foreign ministers would nevertheless discuss during their meeting on Monday imposing additional sanctions on Tehran due to its ongoing crackdown on protesters.

“We are going to discuss new personal sanctions in accordance with the legal framework of human rights,” he said.

The Iranian regime has killed hundreds of people in a crackdown on nationwide protests that erupted following the death on Sept. 16 of 22-year-old Mahsa Amini in the custody of Iranian morality police, who had arrested her for failing to wear her veil correctly.

The European Parliament last week voted 598-9 in favor of requesting that Brussels list the IRGC as a terror entity.

Israel’s Foreign Minister Eli Cohen commended the move, saying: “Iran is a terrorist state that exports terrorism to the Middle East, Europe and the entire world. The introduction of the Revolutionary Guards, the largest terrorist organization in the world, to the list of terrorist organizations of the European Union, is an important step in the fight against the Iranian regime.”

Designating the IRGC a terror group would make it a criminal offense to belong to the group, attend its meetings, or show its logo in support of the group in public.