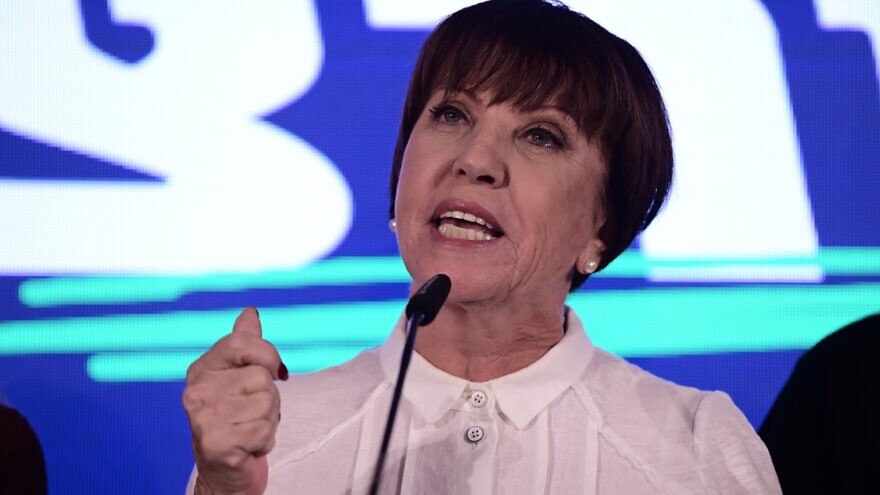 It was a double reference to the late Rabbi Meir Kahane, whose Kach Party was banned from the Knesset for espousing anti-Arab views, and to the Nazis’ “Heil Hitler” salute.

Ben-Gvir is a former disciple of Kahane.

After coming under fire for the tweet, Gal-On deleted it, writing, “I erased the tweet, still waiting for racism to be erased from the Knesset.”

In response, Ben-Gvir took Gal-On to task, tweeting: “The daughter of Holocaust survivors is cheapening and ripping up the [memory] of the holy six million [Jews who were killed by the Nazis]. Zehava, what would your mother and father say about this?”

The incident comes as Israeli President Isaac Herzog is set to deliver on Thursday the main address in the European Parliament at a special session marking International Holocaust Remembrance Day that will be attended by lawmakers and Shoah survivors.

International Holocaust Remembrance Day is commemorated annually on Jan. 27, the anniversary of the liberation of the Nazi death camp Auschwitz-Birkenau.

In November, Ben-Gvir distanced himself from Kahane’s policies, saying, “It is no secret that today I am not Rabbi Kahane and I do not support the deportation of all Arabs, and I will not enact laws for separate beaches, although it is certain that we will act and do everything to expel terrorists from the country for the sake of the Jewish character of Israel, for the settlements and its Jewish identity.”

Gal-On, a former Meretz chair who had retired from politics, returned to win the party’s primary ahead of the Nov. 1 national election.

Meretz failed to cross the electoral threshold to enter the Knesset for the first time since the party’s formation in 1992.