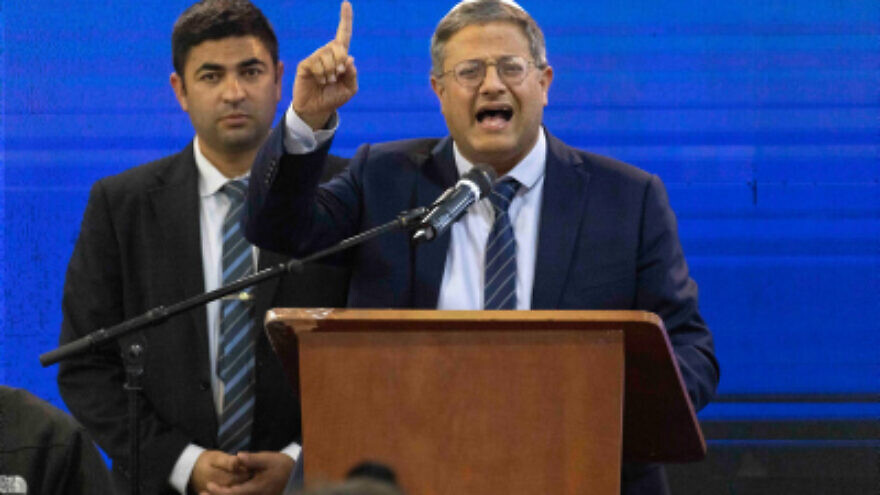 (November 10, 2022 / JNS) During a ceremony on Thursday commemorating 32 years since Rabbi Meir Kahane’s assassination, Otzma Yehudit chairman and Religious Zionist Party MK Itamar Ben-Gvir was booed for saying he does not want to deport all Arabs from Israel and disagrees with some of the Jewish Defense League founder’s statements.

“It is no secret that today I am not Rabbi Kahane and I do not support the deportation of all Arabs, and I will not enact laws for separate beaches, although it is certain that we will act and do everything to expel terrorists from the country for the sake of the Jewish character of Israel, for the settlements and its Jewish identity,” said Ben-Gvir.

“But it seems to me that the highlight of Rabbi Kahane was love. Love for Israel without compromise, without any other consideration,” he said.

“If Jewish girls are beaten in the Negev—it should be stopped,” said Ben-Gvir, who wants to be the public security minister, responsible for the police, in the next government.

“If in Judea and Samaria stones and Molotov cocktails are thrown at our soldiers and policemen, they should be allowed to respond,” he continued.

“If a family is afraid to go to the Western Wall because it is dangerous, this should end,” said Ben-Gvir.