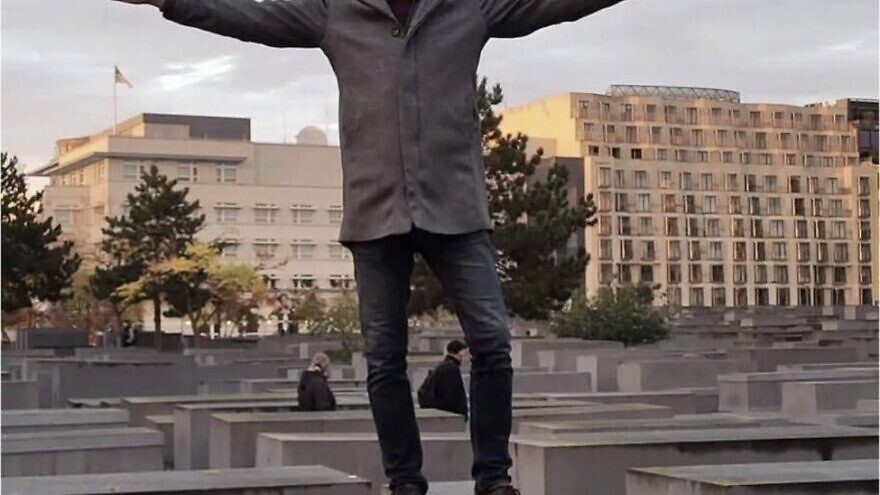 (October 12, 2022 / JNS) A photo uploaded on social media shows far-right politician Holger Winterstein posing with his arms spread on one of the stone slabs that make up Berlin’s Holocaust Memorial for the more than six million Jews murdered by the Nazis and their helpers.

The photograph was taken following a protest organized by Winterstein’s Alternative for Germany (AfD) party on Saturday.

AfD said it would take action against Winterstein, a county representative in Thuringia state, for his “extremely disrespectful behavior.”

The Israeli ambassador to Berlin, Ron Prosor, condemned Winterstein for appearing to dance on the country’s Holocaust Memorial, whose full name is the Memorial to the Murdered Jews of Europe.

The politician “brought shame upon himself and his party,” the ambassador said in a tweet.