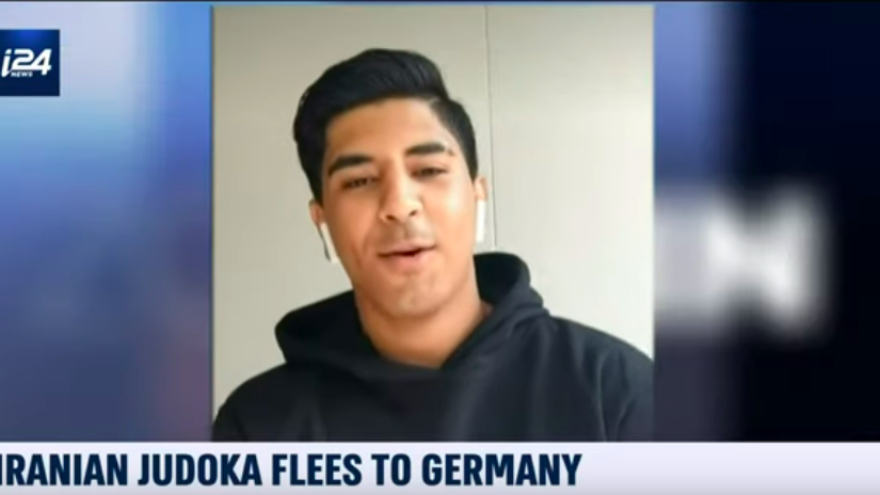 (August 19, 2022 / JNS) Alireza Bahranifard, a former member of Iran’s national judo team, fled to Germany and has been there for more than a week after he was threatened for interacting in a friendly manner with Israeli judoka Sagi Muki.

The Olympic gold medalist told i24News on Monday that, in 2019, Muki uploaded a post to Instagram showing him with Bahranifard. The Iranian athlete said the post infuriated the Iran Judo Federation, which threatened Bahranifard and his family. The federation also threatened to remove the athlete from the Iranian national judo team.

“Everything started from there,” said Bahranifard. He declined to disclose information about his family members who have remained in Iran, but got teary-eyed while telling i24News he is very worried about their safety and his own.

“I’m so concerned about myself and I’m in Germany now, but I’m so scared that maybe the Iranian government wants to catch me,” Bahranifard said. “I feel safe now, better than in Iran, of course, and I hope everything is going to be ok, but I’m so scared about my family.”

In 2021, the International Judo Federation suspended the Iran Judo Federation from international tournaments for refusing to allow its athletes to compete against Israeli opponents. The ban was backdated to start in 2019 and is expected to run until September 2023.