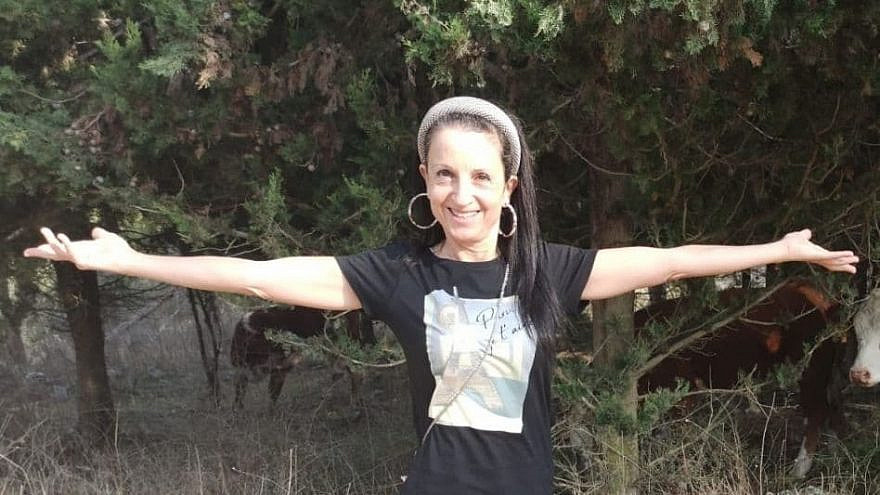 (December 21, 2020 / JNS) A mother of six from the settlement of Tal Menashe in northern Samaria was found dead at 2 a.m. on Monday morning in a forest near her home, according to police.

Esther Horgen, 52, had gone for a run on Sunday afternoon and when she failed to return, her husband alerted the police and Israel Defense Forces.

Due to a court-issued gag order requested by police, the details of what is being investigated as a possible terrorist attack—or “crime with a nationalistic motive”—remain under wraps. However, officials have revealed the possibility that the murder was committed by an Arab Israeli from Wadi Ara.

Despite the gag order, security officials also told reporters that there was growing evidence to indicate that it appeared unlikely to have been carried out by a well-trained individual.

“I share the deep sorrow of the Horgen family following the heinous murder of the late Esther,” he tweeted. “Security forces are already working to get their hands on the [despicable] killer. We will never accept a reality in which human lives are dispensable.”

Israeli Prime Minister Benjamin Netanyahu said in a statement that “security forces will apprehend the murderer as quickly as possible and we will settle accounts with him. I would like to send deep condolences to the family.”

“This is a hard, heart-breaking morning with news of the cruel murder of Esther Horgen, who left her house yesterday añd did not return. A full life of wonderful works, of home and family, of creativity and care have been cut short by a beast in human guise,” he said. “I have full faith that our security forces will get to the despicable murders and that justice will be done. I embrace Esther’s family, her children and their father. We are with you in this time of such deep grief.”