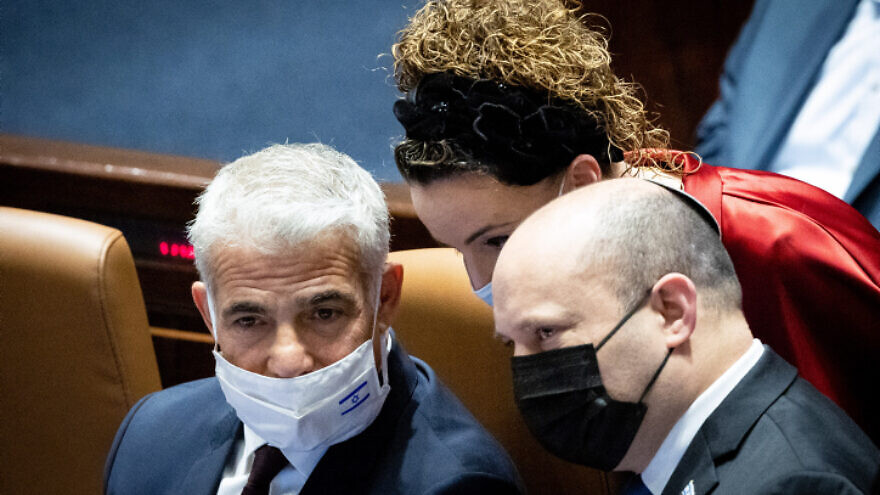 (April 7, 2022 / Israel Hayom) The resignation on Wednesday of coalition chairwoman and Yamina MK Idit Silman sent ripples through the Israeli political system, with the Bennett-Lapid government trying to salvage the coalition and the opposition garnering support among lawmakers to establish a potential future coalition of their own.

Following her resignation, Silman is reportedly set to join the Likud Party and take on the role of health minister in a potential future coalition government, according to media reports.

Shas Party leader Aryeh Deri said he was not surprised to hear of Silman’s resignation, as “talks over the matter had been conducted for several days.”

“Any price we have to pay to topple this evil government is worth it,” Deri said. “Silman has taken a brave step … Our sister, welcome back home. She has a respectable place in our coalition. And there is room for others who will join. We will all make concessions and cut back on our governmental positions,” he added.

The Shas leader said his party was even willing to work with Finance Minister Avigdor Lieberman, despite a previous conflict due to Lieberman’s plans to cut childcare subsidies in a way that would primarily affect haredi fathers. Deri resigned from the Knesset in January after pleading guilty to tax offenses as part of a plea bargain.

Two lawmakers considered potential candidates to join the opposition are Abir Kara (Yamina) and Sharren Haskel (New Hope). The two have already begun talks with regard to the matter, but according to Silman have not yet made a decision. Both lawmakers have presented a list of requirements in order to go through with the change.

The opposition has also tried to get MK Nir Orbach (Yamina) to join them, due to his close ties with the Religious Zionist Party, but he has so far remained steadfast.

Likud is also in touch with Interior Minister Ayelet Shaked, Education Minister Yifat Shasha-Biton, Housing Minister Ze’ev Elkin and Communications Minister Yoaz Hendel, although the chances of these high-ranking ministers joining the opposition are thought to be slim.

Neither side of the political divide will be able to function without the support of Arab lawmakers.

Bennett refrained from publicly criticizing Silman on Wednesday, saying she had been “persecuted and verbally harassed” by supporters of the Likud and the Religious Zionist Party “for months.”

Following an emergency meeting of his Yamina faction, he said “the main thing we need to currently be dealing with is the stability of the faction and the coalition. I spoke with all of the party leaders. Everyone wants to continue with this government. This government is working on behalf of the citizens of the country.”

Nevertheless, some lawmakers were pessimistic about the coalition’s viability, saying Israel might be headed toward another election as early as September.