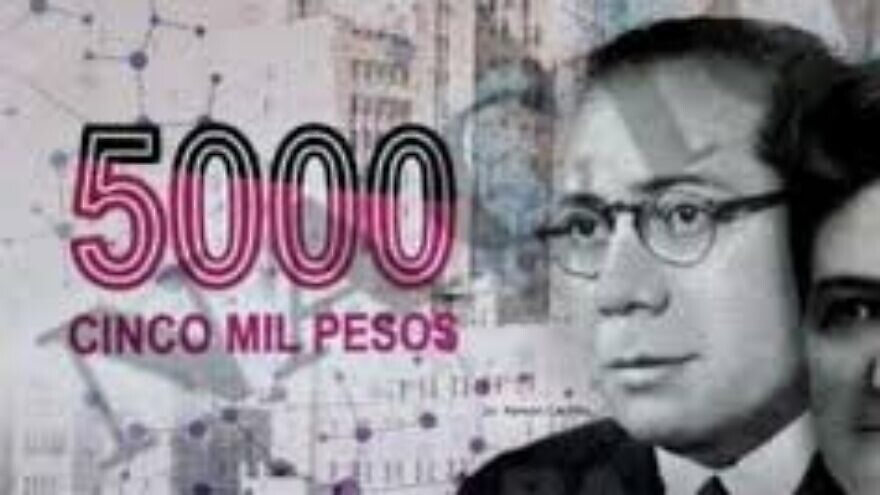 (May 20, 2020 / JNS) Argentina’s Jewish community was shocked to find that the country decided to print a new banknote with face of a doctor who expressed support for Nazi ideology and supported Josef Mengele’s cruel experiments on Jews at Auschwitz.

One of the new notes is a 5,000 peso bill (around $73.5) and has the face of Dr. Ramon Carrillo, a doctor of sanitation known for his support of the Nazis, according to a Ynet report on Wednesday.

Israel’s ambassador to Argentina tweeted on Monday: “When we say ‘never again,’ in reference to the Holocaust, there is no point in commemorating someone that, at least sympathizes with this ideology.”

British Ambassador to Argentina Mark Kent also expressed disapproval of the decision to put Carrillo on the banknote and tweeted on Monday: “Nazism was the greatest evil of the 20th century, It led to the Holocaust. The death of millions of innocents. We should not commemorate anyone who participated in this terrible episode.”

The Simon Wiesenthal Center slammed the Argentinian government for paying homage to an admirer of Adolf Hitler.

“We emphatically reject the choice of such a character that will sully Argentina with his image on its highest denomination banknote,” stated Dr. Shimon Samuels and Ariel Gelblung, directors of international relations and for Latin America of the Wiesenthal Center, respectively.

However, Carrillo’s grandson, Ramon Carrillo, has been pushing back on Twitter, sharing a picture of a gift given to his grandfather in 1954, when he served as health minister at the time, by Israel’s then-health minister Yosef Serlin.