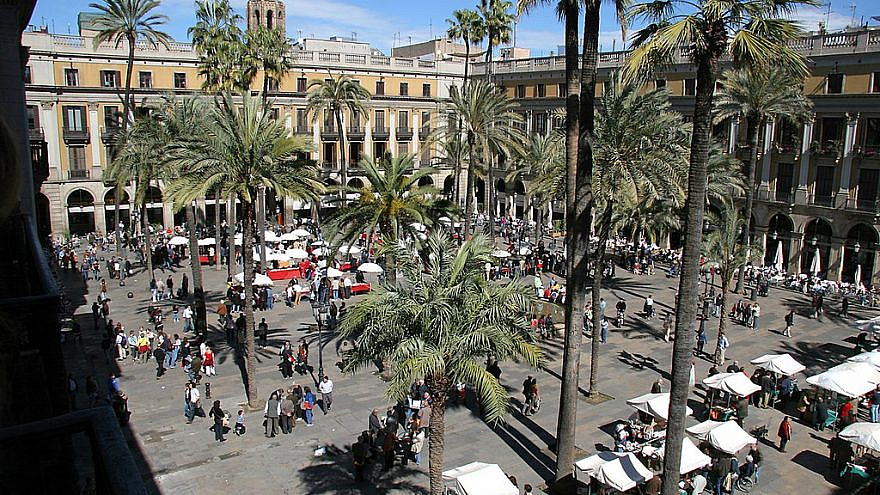 (January 19, 2023 / JNS) Pro-Israel groups are calling on authorities in Barcelona not to end the longstanding twinning of their city with Tel Aviv, with the European Jewish Congress (EJC) attributing the consideration of such a move to “deep-seated anti-Israel bias.”

We are shocked and outraged by the alleged intention of the authorities of Barcelona to break the twinning agreement between the Catalan capital and Tel Aviv, a move guided by deep-seated anti-Israel bias.

The Federation of Spanish Jewish Communities, the EJC’s affiliate in Spain, penned an open letter to the mayor of Barcelona Ada Colau over the matter.

“I am writing to you with great concern, as I am aware of the ‘boycott’ campaign against the twinning of the city of Barcelona and Tel Aviv and to break off relations with Israel. All this, under the alarming slogan ‘Barcelona with the apartheid NO,'” the letter states.

“Barcelona and Tel Aviv are open and welcoming societies. They are leading cities, recognized in many areas such as the organization of high-tech congresses. They are cities that attract investment, start-ups and tourism. They are discoverers of art and culture, defenders of LGBT rights and welcoming ports for all. The people of Barcelona and Tel Aviv have always welcomed everyone equally and would not tolerate any kind of boycott,” it continues.

“From our Communities and entities, we proudly promote and know our Barcelona as one of the favorite destinations for the twinned citizens of Tel Aviv, as well as for hundreds of thousands of tourists arriving from the other side of the Mediterranean. I fail to understand how they will disembark in the city when they are not welcome.

“We therefore call on all politicians in the Barcelona City Council, like their predecessors, to allow Barcelona to continue to build bridges of harmony, sensitive to all minorities, and to avoid promoting discourses of rejection and isolation,” it states.

The campaign to end the twinning agreement is being partially spearheaded by the local Spanish chapter of the boycott, divestment sanctions movement, as well as other rabidly anti-Israel groups.

“In 1998, Barcelona and Tel Aviv signed a friendship and cooperation agreement, which cemented the ties between these two wonderful Mediterranean cities. We are shocked by the alleged intention of the current authorities of the City Council of Barcelona to end this agreement after 24 years of friendly relations,” they wrote.

“If successful, this would be a decision that has no precedent in Europe and that is no doubt motivated by the most extreme anti-Israel bias. We are outraged that the City Council would make such a blatantly biased proposal. Barcelona and Tel Aviv have always been beacons of democracy and liberty, and it would be shameful to end this agreement that has only benefited the people of both cities,” added Riklin and Mariaschin.