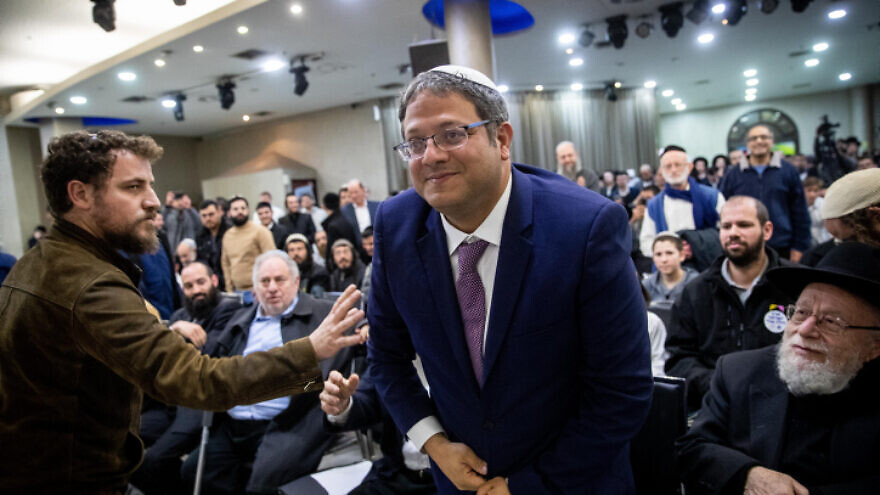 Head of the far-right "Otzma Yehudit" party, Itamar ben Gvir seen with supporters at the launch of the party's campaign, ahead of the Israeli elections in Jerusalem, Feb. 15, 2020. Photo by Yonatan Sindel/Flash90.
Spread the word.
Help JNS grow!
Share now:

(December 28, 2022 / JNS) Israel’s Knesset on Wednesday passed a law granting expanded control over the Israel Police to the National Security Minister, a newly created position expanding the powers of the Public Security Ministry.

The amendment to the Police Ordinance Act, dubbed the “Ben-Gvir law” after Otzma Yehudit head Itamar Ben-Gvir, who is set to be the first to hold the new position, passed by a vote of 61 to 55.

“We made history for the State of Israel, for security on the roads and streets,” said Ben-Gvir, who had focused on issues of personal safety in his party’s Knesset election campaign amid a deteriorating security situation.

The law codifies the relationship between the public security minister and the police commissioner, clarifying that the latter answers to the former.

“In fulfilling his duties, the police commissioner will act in accordance with the policy outlined by and general principles of the minister,” the law states.

The law gives the minister the authority to set police policy, including its order of priorities, work plans and matters relating to the police budget.