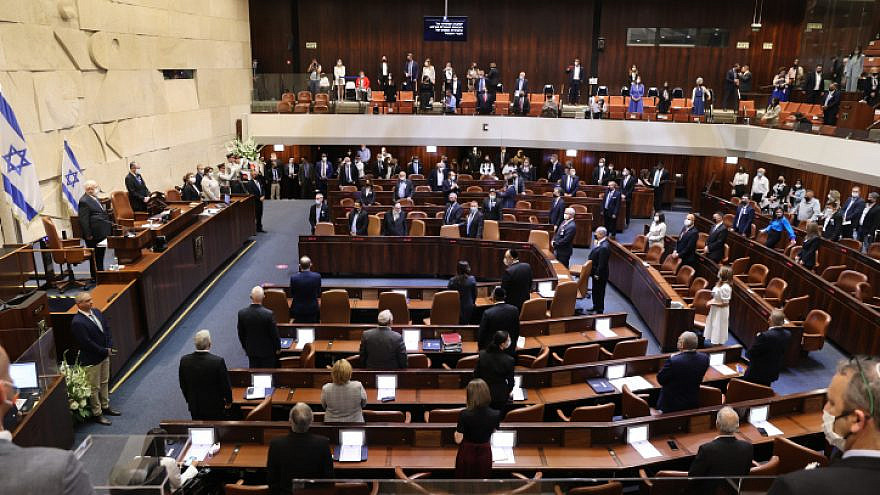 The Plenary Hall during the swearing-in ceremony of the 24th Knesset in Jerusalem, April 6, 2021. Photo by Alex Kolomoisky/POOL.
Spread the word.
Help JNS grow!
Share now:

The committee is responsible for setting up the Israeli parliament’s various committees and determining their composition. The committees approved on Monday are temporary since the next government and opposition have yet to be formed following the March 23 fourth round of Israeli elections.

The third committee was set up as part of an understanding reached between Likud and the Joint List in exchange for the Arab party’s support for the Likud Party’s proposal for the Knesset Presidency.

That body, which is made up of the Knesset chairperson and his or her deputies, determines the parliament’s agenda.

As part of the Likud-Joint List deal, the Arrangements Committee approved a recommendation to appoint three deputies to Knesset member/caretaker Yariv Lavin after supporting votes were received from Likud, the Yamina Party, the National Religious Party and the Joint List.