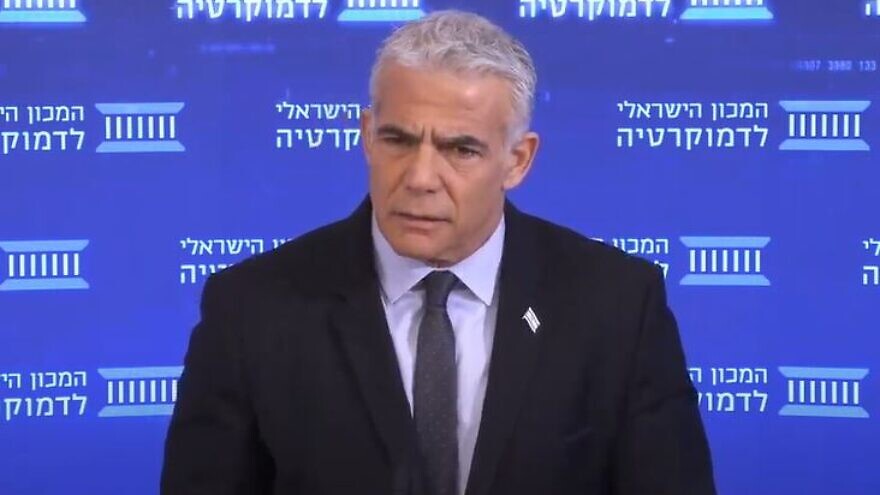 “Two weeks ago, we held a large-scale joint exercise with the U.S. Air Force. The exercise, which simulated an attack thousands of kilometers beyond Israel’s borders, was the first in a series of planned exercises in the near future,” Lapid said at an Israel Air Force pilots’ course graduation ceremony at the Hatzerim Air Base near Beersheva.

“Our enemies need to know that we will not sit idly by in the face of threats that we deem to be existential. I discussed this with incoming Prime Minister [Benjamin] Netanyahu and this is one of the few topics on which there is wall-to-wall consensus among the Israeli public. No Israeli government will allow a nuclear Iran. If it is necessary to act, we will act,” Lapid added.

At the same ceremony, outgoing Defense Minister Benny Gantz said that the IDF had enhanced its ability to strike the Islamic Republic’s nuclear facilities.

“Israel has significantly increased its preparedness in recent years and is readying for the possibility of an attack on Iran,” he said.

The designated head of Israel’s National Security Council, Tzahi Hanegbi, stated in an op-ed published on Wednesday that Netanyahu returned to politics because of the threat posed by Iran.

There are no divisions in Israel over the urgent need to encourage the Free World and its leader, the United States, “our greatest ally,” to use all available means to thwart Iran’s nuclear program for as long as this is possible, wrote Hanegbi. If the rest of the world does not cooperate, Israel reserves the right to protect itself, by itself, he added.