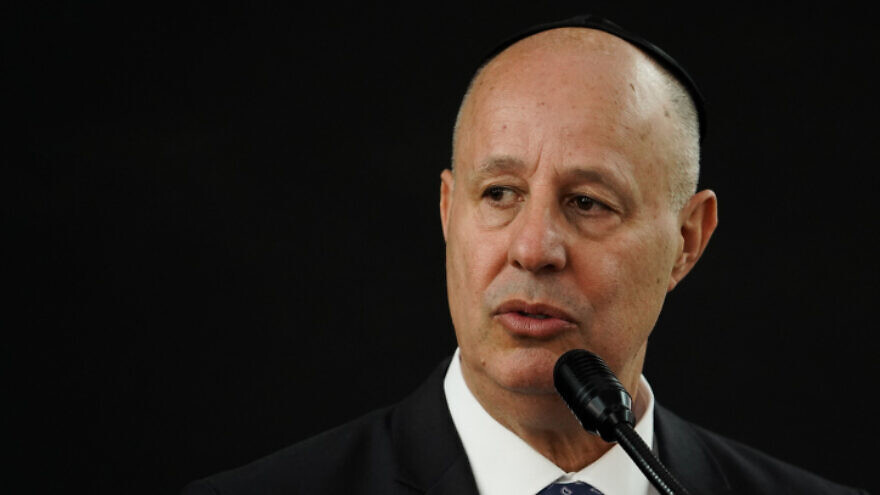 Israeli Minister for Regional Cooperation Tzachi Hanegbi speaks during the funeral of Rabbi Achiad Ettinger, who was killed in a terror attack near Ariel, at the Segula cemetery in Petah Tikva, March 18, 2019. Photo by Hillel Maeir/Flash90.
Spread the word.
Help JNS grow!
Share now:

(December 28, 2022 / JNS) The designated head of Israel’s National Security Council, Tzahi Hanegbi, stated in an op-ed published on Wednesday that Israeli Prime Minister-designate Benjamin Netanyahu returned to politics because of the threat posed by Iran, and not because of his ongoing trial.

According to Hanegbi, the incoming government aims to tackle five pressing issues as soon as it is sworn in on Thursday: The Iranian nuclear program, sovereignty, cost of living, the legal system and traditional values.

There are no divisions in Israel over the urgent need to encourage the free World and its leader, the United States, “our greatest ally,” to use all available means to thwart Iran’s nuclear program for as long as this is possible, said Hanegbi. If the rest of the world does not cooperate, Israel reserves the right to protect itself, by itself, he added.

Hanegbi, 65, has filled a number of ministerial posts throughout his career, including the health, communications and justice portfolios. He has also served as chairman of several Knesset committees, including the Foreign Affairs and Defense Committee and the Finance Committee.