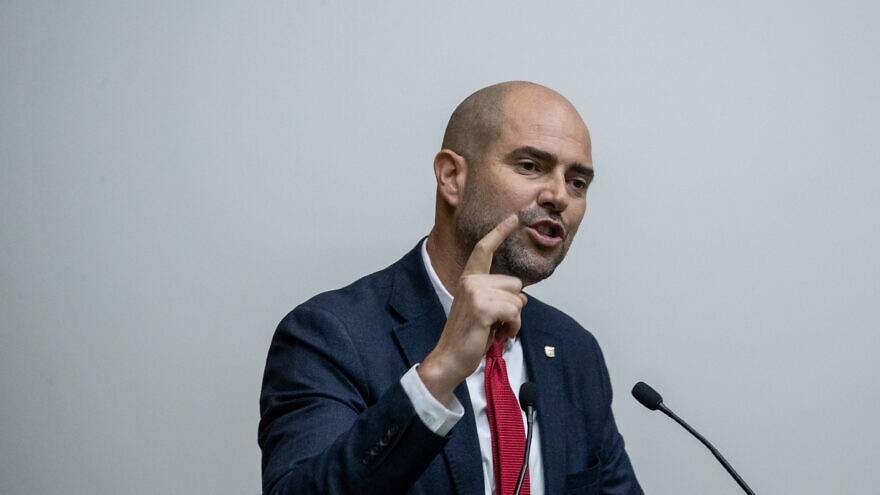 The Knesset speaker is a powerful position whose holder sets the government’s legislative agenda and controls which bills are brought to the plenum for votes. Ohana will effectively run the Knesset and also represent the body overseas, while filling in for President Isaac Herzog when he is unavailable.

Ohana’s parents, partner and two children, born to a surrogate mother in the U.S., attended the Knesset vote to approve his nomination.

Earlier in the day, incoming Prime Minister Benjamin Netanyahu took the podium at the Knesset to launch his new government, announcing it would focus on three main goals.

First, he said, it will prevent Iran from “developing an arsenal of atomic weapons that will threaten us and the whole world.” Second, it will develop the nation’s infrastructure and deliver “a flourishing economy to every part of Israel.” Third, it will expand “the circle of peace with Arab states with the goal of ending the Arab-Israeli conflict.”

Netanyahu vowed his government would work “for the good of all Israeli citizens.”