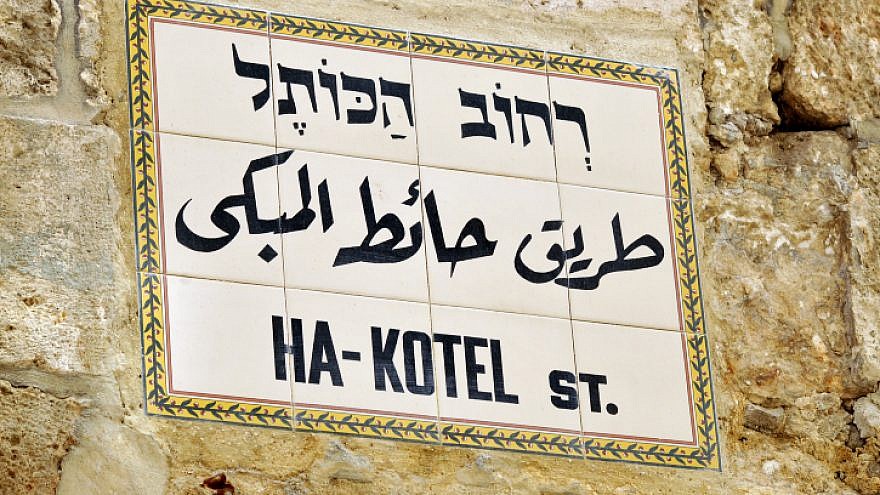 (September 1, 2022 / JNS) Palestinians are apparently following in the footsteps of Nazi Germany, which had “Jews not allowed” signs posted at the door of some stores.

According to a report by Palestinian Media Watch, Salfit District Governor Abdallah Kamil has “issued a series of important decisions,” one of which includes the phrase “Jews are not allowed.”

It “forbids” Palestinian enterprises from “accepting any settler,” i.e., Israelis/Jews.

According to an official Palestinian Authority daily Al-Hayat Al-Jadida article on Sunday: “All signs written in the Hebrew language placed in the various places of business and workshops must be removed.”

The announcement continued: “It is completely forbidden to have commercial relations with the settlers, according to Law No. 4 of 2010.”

Kamil added that the Palestinian people “will not agree to any manner of coexistence or normalization with the settlers.”

The P.A. frequently refers to all of Israel as “occupied Palestine” and all Israelis as “settlers,” noted the report.