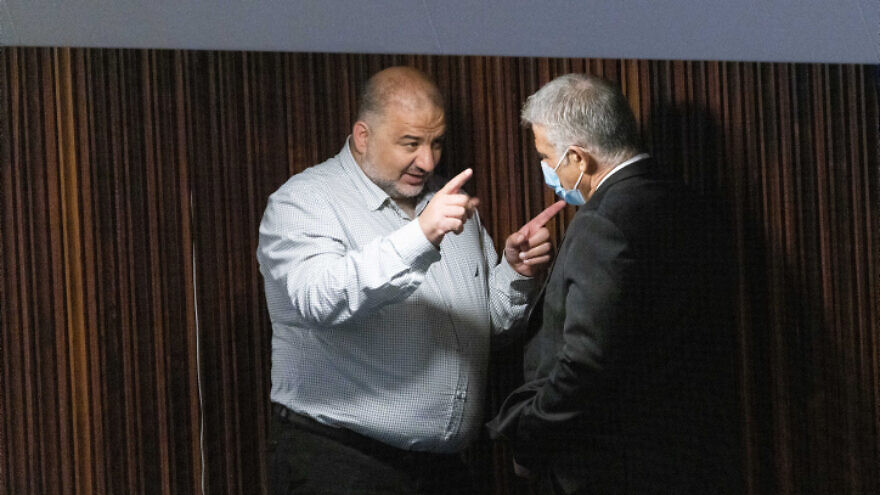 (November 6, 2022 / JNS) Mansour Abbas, the leader of Israel’s Islamist Ra’am Party, has expressed concern that the country’s incoming coalition will change the status quo arrangement on the Temple Mount, a move he said would lead to violence.

In an interview with Channel 12 on Thursday, Abbas said he was “worried” that opposition head Benjamin Netanyahu’s prospective coalition, expected to consist of his Likud Party, the Religious Zionism Party, Shas and United Torah Judaism, would move to allow Jewish prayer on the Mount.

“Let’s not be naive. When you’re talking about the most sensitive subject, which is the holy sites…people’s minds stop working and religious feelings take over. We’ve seen how many rounds of escalation [of violence] were sparked by provocations at Al-Aqsa Mosque,” he said.

Israel guarantees the freedom of Muslims to worship at the site, while denying the same right to Jews, who are only permitted to visit the Temple Mount under police guard during restricted hours, and are not allowed to pray there openly.

Ra’am played a central role in the outgoing Bennett-Lapid government, marking the first time an Arab party has joined a Israeli governing coalition.