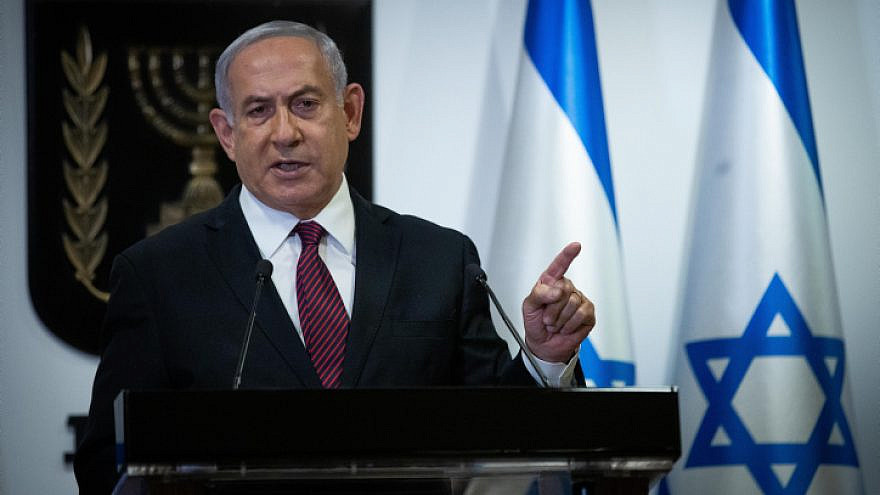 “I condemned Kanye West’s antisemitic statements. Straight away, I thought that was just wrong and misplaced. And I think that that’s what I would say about President Trump’s decision to dine with this person. I think it’s wrong and misplaced. I think it’s a mistake. He shouldn’t do that,” Netanyahu said in an interview with journalist Bari Weiss.

West, 45, tweeted in October that he was “going death con 3 on JEWISH PEOPLE.” He also shared a post on Instagram where he accused producer Sean Combs of being controlled by the “Jewish people.” West has shown no remorse for his comments.

Netanyahu did not directly address the presence of Fuentes. Trump has denied knowing Fuentes. “Our dinner meeting was intended to be Kanye and me only, but he arrived with a guest whom I had never met and knew nothing about,” Trump said in a statement.

Netanyahu acknowledged the ex-president’s support for Israel while in office. “I’m unabashedly appreciative of what he did for Israel. He did great things for Israel in recognizing Jerusalem as Israel’s capital, long overdue, given that it happened 3,000 years ago under King David. He moved the American embassy there.

“He recognized our sovereignty on the Golan Heights, from which we were attacked for years by Syria. He got out of this dangerous Iran deal, and I appreciate all that it doesn’t take away from. Also, you know, he’s been very supportive of the Jewish people. So I think he made a mistake. I hope it’s not repeated. That’s all I can tell you.”