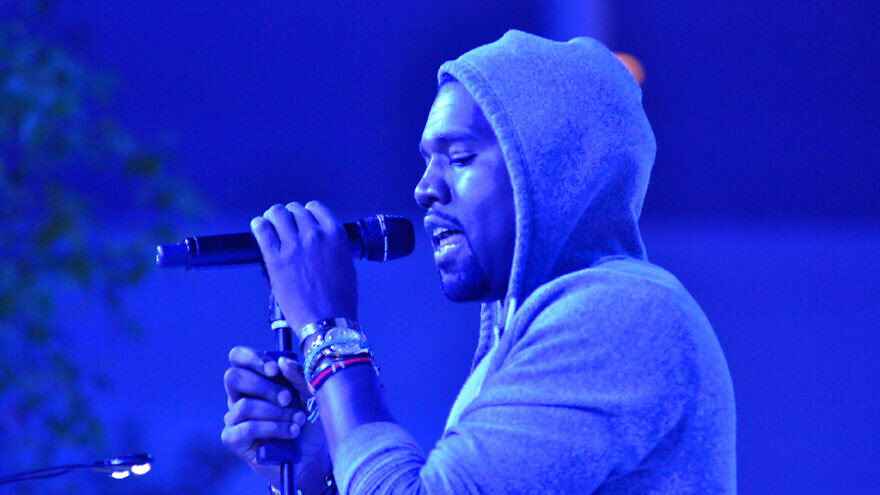 Just when Ye’s far-right heel turn seemed like it couldn’t get any more pronounced, the rap legend is now associating himself with a white nationalist and Holocaust denier, Fuentes.

The 24-year-old Fuentes has emerged as one of the leading figures of the far-right movement for his incendiary views on women, Jewish people, the LGBTQ+ community and other minorities. Notably, he openly praises Hitler, believes that the Holocaust was a hoax and is opposed to women’s right to vote. He was also present for the “Unite the Right” rally in Charlottesville, Va., in August 2017, and spoke at a “Stop the Steal” rally in Washington, D.C., on the day of the January 6 Capitol riots.

In a video released Thursday on Twitter, Ye mentions his trip with Fuentes, during which he asked Trump to be his running mate for the 2024 presidential election.

“Trump was really impressed with Nick Fuentes,” Ye, who has been engulfed in an antisemitism scandal, says in the video.

Ye added that Trump started “screaming” at him, saying that the rapper wouldn’t win a presidential election.

Trump’s 2024 presidential campaign released a statement published by Breitbart, saying, “Kanye West very much wanted to visit Mar-a-Lago. Our dinner meeting was intended to be Kanye and me only, but he arrived with a guest (Fuentes) whom I had never met and knew nothing about.”