(March 10, 2022 / JNS) PALANCA, MOLIGEV, CHISINAU—On the first day of our mission, we were stationed in the Romanian airport of Iasi with the Ukrainian refugees who were waiting to board their flights to Israel. My daughter, Lynn, a volunteer EMT, came with me on the mission, which made the experience so much more emotional, because I was able to watch her grow from what we encountered.

At the airport, a fellow United Hatzalah volunteer approached and embraced me, weeping. Overcome by emotion from the mission, she was overwhelmed. We volunteers are faced with a very difficult situation, so it’s understandable for us to feel empathy for these refugees and what they are going through; sometimes we need to vent, as well.

The first thing that broke my heart was the weight limit on the luggage that the refugees were permitted to bring on the plane. When their bags were too heavy, they had to remove some of their precious items. It was so hard watching these people leave their possessions behind in order to continue on their journey to safety.

Some people even left full carry-on bags that they brought with them in order to take their beloved pet. The rule was either a carry-on bag or a pet, and the decision was like asking someone to choose a bag over a child. It was so sad to see these families forced to leave possessions that they had brought with them through Ukraine and Moldova at the airport in Romania.

The next day, my heart broke again, this time when stationed at the border between Ukraine and Moldova at the southern Palanca crossing. We welcomed the refugees who came fresh off of buses and taxis, running away from their homes and the war.

We helped those who needed medical care and provided toys, food and humanitarian aid to many others. It was frightening to witness such a tragic scene happening in our time: mothers and their children running away, leaving their husbands and other family members behind. Life, as they had known it just a few days earlier, had changed forever.

Many families had arrived at the border in Ukraine without their husbands and fathers because the men who are eligible to fight in the army are not being allowed out of the country. I wanted to hug each and every refugee I saw, both in this specific situation and in general, and to comfort them because of what they are going through.

At the same time, I felt somewhat uplifted in the knowledge that I was here with my fellow volunteers and responders from United Hatzalah to offer our help wherever we could. It was exhausting, but I took some pride in that, and in seeing all of the help provided by local Moldovans, as well. 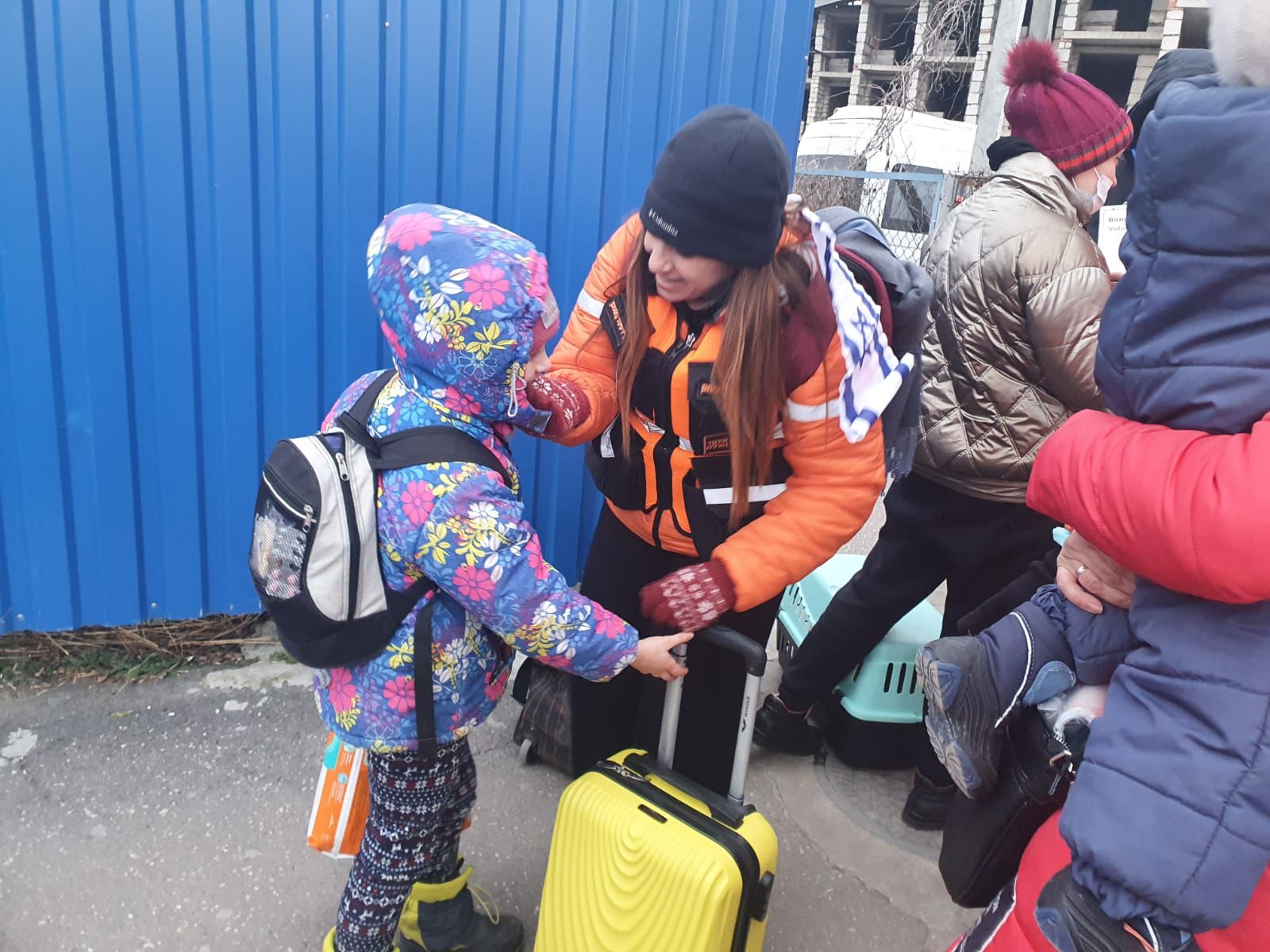 While at the northern border-crossing of Moligev between Ukraine and Moldova, I met a family on its way to Israel. The mother ran away with two of her sons, aged 13 and five.

The younger one was so excited to get candy and bubbles to play with. His mother confided in me that they had left her husband and her 18-year-old son back home in Ukraine. It was one of the hardest decisions of her life. She had to choose whether to stay in Ukraine together with her family and take the risk of losing them all in the war, or try to escape with the younger boys to Israel, saving their lives, but leaving her son and husband behind. No mother should ever have to make a decision like that. I gave her a big hug and we cried together, and in that delicate, emotional moment, my heart broke yet again.

I then met a mother and daughter, the latter with cerebral palsy. The mother told me that she had fled Odessa without her husband. He wasn’t allowed to cross over the border because of the draft.

They had even tried to get him special permission to leave the country and make aliyah with the family, but because he isn’t Jewish as they are, he was denied permission. The mother and daughter had arrived at the Chabad house in Moldova, freezing, hungry and tired. I spoke with the mother to alleviate the stress and trauma that she was experiencing due to the situation.

Both of these women are strong, and I was able to comfort them by utilizing some of the psychotrauma techniques that our unit employs. These are just two of the many many people I have been able to help during my time on this mission so far.

Our team worked with them and their families, as well as many others, Jews and non-Jews alike, to make sure that all of their immediate needs were met, physically and emotionally.

This trip has not been easy at all, and my heart broke many more times for many more people. But it’s so important to be here and try to repair the hearts of the refugees, whose suffering is far far greater than my own.

I am truly honored to be here helping the refugees, empathizing with them, sharing their pain and providing them with comfort. The tragedy that they are facing is too much to bear for any individual. Our being here shows them that they don’t have to face this tragedy alone because they are not alone. And this hopefully will help them heal their hearts once the tragedy is over.

Dr. Einat Kaufman is one of the directors of United Hatzalah’s Psychotrauma and Crisis Response Unit. She has a Ph.D. in psychology and works as a psychotherapist specializing in the treatment of acute emotional stress and stabilization in emergencies and disaster zones.