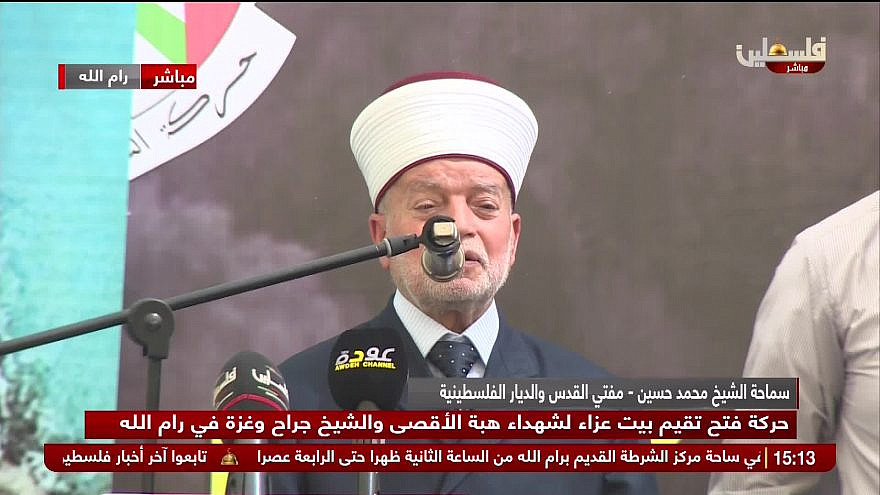 (June 9, 2021 / JNS) The Grand Mufti of Jerusalem in a recent interview called martyrdom a “badge of honor” bestowed upon the chosen of Allah.

Hussein’s speech was aired on Palestine TV on May 25, just days after his Friday sermon at the al-Aqsa mosque was interrupted by angry worshippers, who chanted: “The dogs of the P.A. get out!” and accused him of being a spy.

Martyrdom, said Hussein, was bestowed only upon the righteous.

“Therefore, Allah said [in the Koran] about them and about this badge of honor: ‘Do not say about those who were killed for the sake of Allah that they are dead. Rather, they are alive, but you do not perceive,'” he said.

“In another verse [Allah] said, ‘Think not of those who were killed for the sake of Allah as dead. Rather, they are alive with their Lord and they are well-provided.’ This is a life of honor in the hereafter and an enormous legacy in this world.”