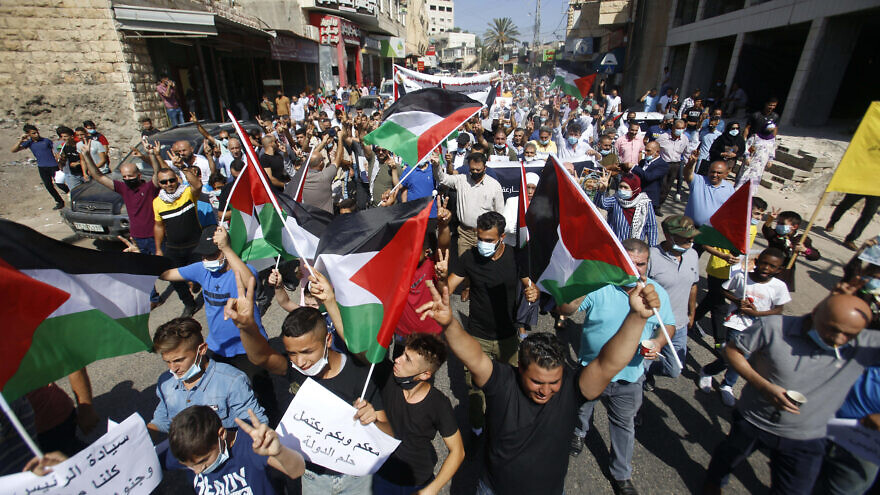 (December 30, 2020 / PMW) Though the Palestinian Authority is set before the year’s end to pay terrorists three months’ salary, to avoid Israeli law from banning the move, banks operating in the region are refusing to process the payments.

The P.A. has long paid a monthly stipend to terrorists jailed for attacking and murdering Israeli citizens. This can run as high as $3,470 a month for those who have served 30 years or more in jail. Stipends are also paid to the families of those who died carrying out such attacks.

But under a military decree in February that applied Israeli anti-terror legislation to Judea and Samaria, any person who carries out a transaction which “supports, promotes, funds or rewards” terror will be subject to a prison sentence of up to seven to 10 years, depending on the severity of the crime.

According to the legislation, which was originally set to take effect on May 9, the directors and staff of banks operating in the region would be liable for criminal prosecution if they continued to process the payments made by the P.A. to the terrorists and their families.

Three weeks prior to the law being due to take effect, Palestinian Media Watch wrote to the banks to warn them of their liability. In response, the Association of Banks in Palestine wrote to the P.A. finance minister to “emphasize the risks to which the banks will be exposed as a result of the presence of these accounts [of prisoners, released prisoners, and families of martyrs and prisoners] in them.

They added: “Based on the plenary session of the Association of Banks [in Palestine], all of the banks hereby ask Your Honor to stop transferring any sums into these accounts. The banks will transfer the balances in these accounts to the Ministry of Finance’s account.”

The banks also began to freeze the accounts used for the payment of terror salaries.

These actions sparked turmoil among Palestinians—violence broke out—as some Palestinians fired shots and threw Molotov cocktails at the banks that refused to continue servicing the terrorists and their families, prompting condemnation by the P.A.’s Monetary Authority; meanwhile, Fatah’s Revolutionary Council called the law a “decision to launch a war” by Israel.

According to the official P.A. daily Al-Hayat Al-Jadida, “The council expressed its appreciation for the position of [P.A.] President Mahmoud Abbas, who always emphasizes that even if only one penny remains for us, we will pay it to the prisoners’ families. It also expressed its appreciation for the position of the [P.A.] government, which is working to continue paying our prisoners’ salaries and enable their families to live in dignity.”

Fearful of violence, and in light of the COVID-19 pandemic, Israeli Defense Minister Benny Gantz ordered a stay on the law, pushing the date of its implementation first to October, and then again to Dec. 31.

With the banks still refusing to process the payments in contravention of the law, the P.A. is currently attempting to set up a new “Independence Bank,” through which it would make the payments. Though that bank is not yet in place—and since Israel apparently is not willing to delay implementation of the law any further—the P.A. intends to pay a lump sum upfront before the Thursday deadline.

According to PMW Legal Strategies director Maurice Hirsch: “Despite the international condemnation of the P.A.’s ‘pay for slay’ policy, the P.A. is doing everything in its power to ensure the continued payment of the terror rewards. While the P.A. has enough money to pay the terrorists three months in advance, just recently, it was the E.U. that contributed 76 million shekels (almost 20 million euros), to support poor Palestinians. At the same time, COVID-19 is raging in the P.A.-controlled areas. Instead of purchasing life-saving medical equipment, the P.A. is squandering tens of millions of shekels on rewarding terror.”