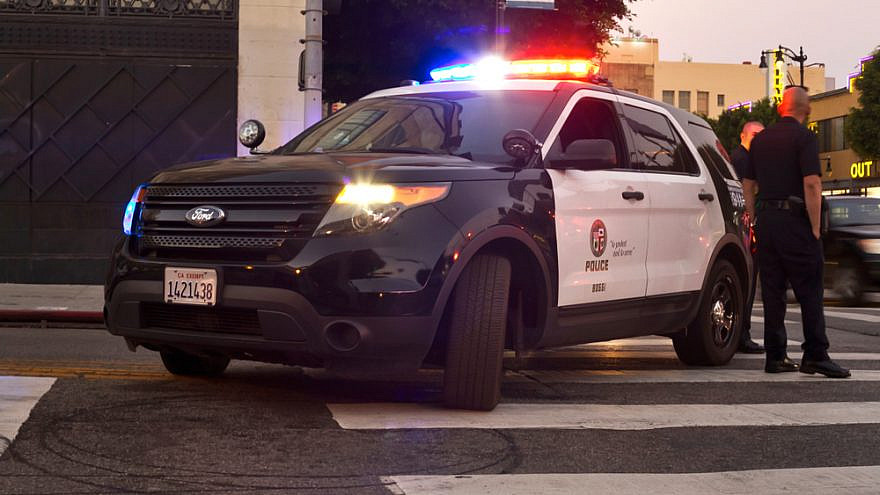 The suspect, identified as Xavier Pabon, was taken into custody at a home outside of Los Angeles with the assistance of the U.S. Marshal Service. He was arrested on suspicion of assault with a deadly weapon, and the police requested an increased bail “due to the crime being motivated by hatred.”

Jewish diners were attacked shortly before 10 p.m. on May 18 outside Sushi Fumi in the Beverly Grove area of Los Angeles by a pro-Palestinian group of men just hours after a large protest in support of Palestinian rights. Cell-phone videos showed the attackers get out of a car and start to pummel diners as they yelled racial slurs. One witness said, “They were chanting ‘Death to Jews’ and ‘Free Palestine.’ ”

Police said one minor injury was reported, and the restaurant was not damaged.

The Anti-Defamation League is offering a $5,000 reward for information leading to the arrest and conviction of the other perpetrators.

He also said that “Jewish Angelenos, like all residents, should always feel safe in our city. … L.A. is a city of belonging, not of hate. There is simply no place for anti-Semitism, discrimination or prejudice of any kind in Los Angeles. And we will never tolerate bigotry and violence in our communities.”

Pabon was released on Sunday after posting a $275,000 bond and is due in court on Sept. 23, reported The Los Angeles Times.