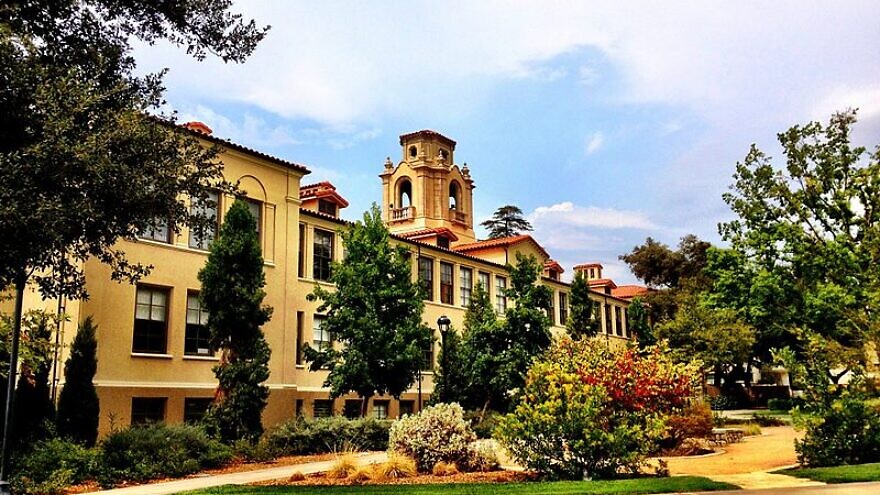 In an Instagram post, Malak Afaneh, a Palestinian-American woman, shared a screenshot of a tweet that read, “6 million people died in the Holocaust, we still commemorate it to this day. 18.4 MILLION people are dying in Yemen RIGHT NOW. That’s 3 holocausts at once…SILENCE IS COMPLIANCE!!!”

In her Instagram post, Afaneh added, “once again, zionist-Israel-birthright-vacation-stuck-on-comparing-holocaust-to-racism-WW2-worshipping bitches, this should be right up ur alley. Oh wait u hate brown ppl.” 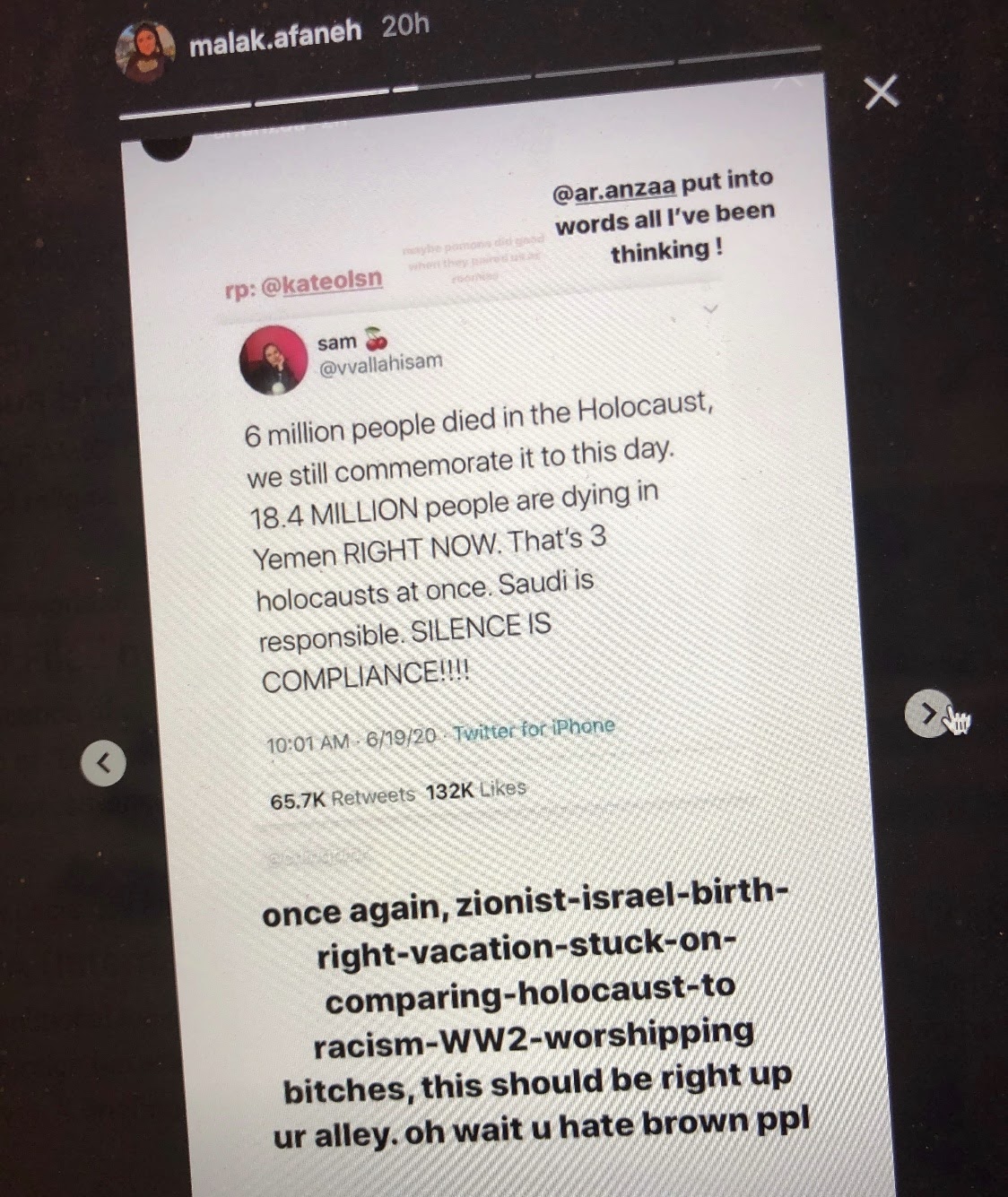 In response, Pomona College’s pro-Israel student group, the Claremont Progressive Israel Alliance, has launched a petition calling for Afaneh to apologize to both the campus and Jewish student community, or else “resign her position.”

The petition labels Afaneh’s remarks as “outright offensive, repugnant and deeply hurtful.” It states that Afaneh’s post “only fuels hate and directly targets members of the Jewish community.”

The role of senior class president is an elected spot within the Associated Students of Pomona College, which is the school’s student government association.

“The position comes with authority over the daily affairs of student governance at Pomona College. Pomona College is a member of the Claremont College consortium, a consortium of five selective liberal arts colleges in Claremont, California,” according to The Claremont Independent.

Update: A spokesperson for Pomona College issued a statement to the LA Jewish Journal, noting that the student has apologized for her social media post.

“We condemn anti-Semitism in all its forms, and we seek to foster an atmosphere of respect for all members of our community. In this case, the student government representative has apologized and reached out to support cross-cultural dialogue, which we encourage.”

The student also posted an apology online, which can be read here and here.