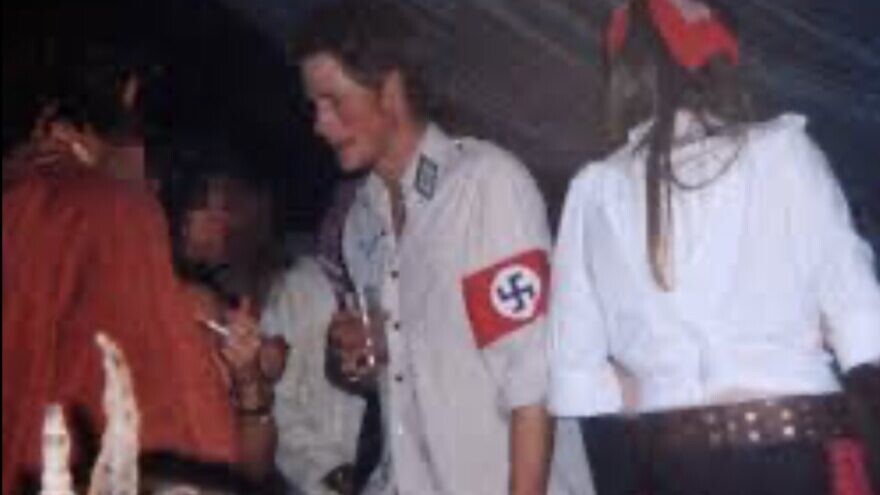 (January 11, 2023 / JNS) “Spare,” a new tell-all, bestselling memoir by Prince Harry, Duke of Sussex, is provoking a reassessment of some of the royal family member’s previous controversies, notably his once wearing a Nazi uniform to a party.

The prince’s family is apparently displeased by being cast in such an unflattering light.

In 2005, Harry drew criticism for donning a German Afrika Korps uniform with a swastika armband to a “Colonial and Native”-themed costume party. The prince was 20 years old at the time and has since apologized, stating in a recent Netflix docu-series, “It was probably one of the biggest mistakes of my life….I felt so ashamed afterwards.”

The prince explained his efforts to learn from the mistake, “All I wanted to do was make it right. I sat down [and] spoke to the chief rabbi in London, which had a profound impact on me. I went to Berlin and spoke to a Holocaust survivor. I could have just ignored it and gone on and made the same mistakes over and over again in my life. But I learned from that.”

In the Netflix series, the prince attributes the donning of the costume to his family’s “huge level of unconscious bias.”

Harry expanded on unconscious bias, saying, “I’m not saying you’re a racist, I’m just saying that your unconscious bias is proving that because of the way that you’ve been brought up, the environment you’ve been brought up in, suggests that you have this point of view—unconscious point of view—where naturally you will look at someone in a different way. And that is the point at which people start to have to understand.”

In his memoir, he writes that he did not come to the decision to wear the costume on his own, but was encouraged to do so by the future king of the United Kingdom, his older brother William, Prince of Wales, and sister-in-law Kate Middleton, Princess of Wales. Harry wrote in the memoir: “I phoned Willy and Kate, asked what they thought. Nazi uniform, they said.” And the reaction when he put on the uniform? The prince wrote, “they both howled. Worse than Willy’s leotard outfit! Way more ridiculous! Which, again, was the point.”

Middleton is reportedly “appalled” by the revelations in the memoir and feels that Harry’s “actions are atrocious.” A source told Us Weekly she regards the prince as “dragging her name through the dirt” and “is finding it hard to forgive.” Other claims in the book describe awkward encounters and a general unease between Middleton and Markle.