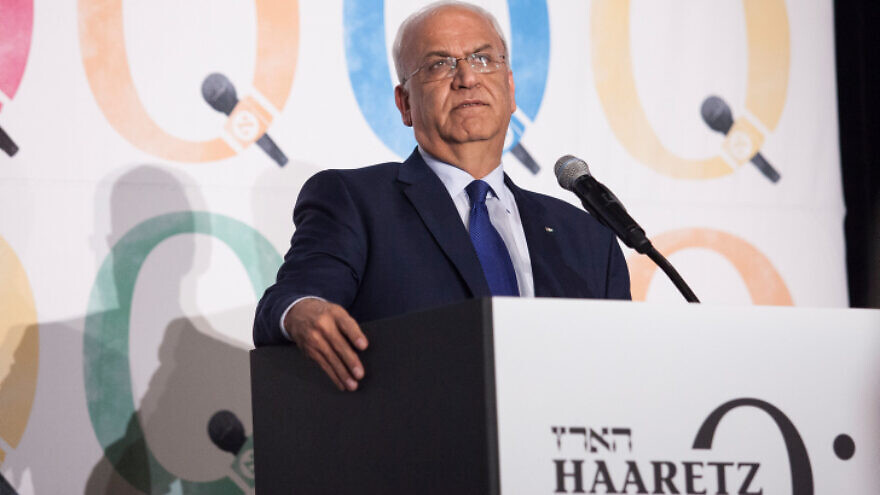 (April 20, 2020 / JNS) PLO Secretary-General Saeb Erekat said on Sunday that he was in talks with various international parties about the need to “preserve the two-state solution” in the face of possible annexation by Israel of territory in Judea and Samaria under the Trump administration’s Mideast peace plan.

“Erekat discussed in his talks the situation in the Palestinian territories and the prospects of the Palestinian-Israeli settlement based on international laws, serving the peace process with the help of the international community, especially members of the U.N. Security Council, and the release of [Palestinian] prisoners,” the PLO said in a statement, according to The Jerusalem Post.

The statement went on to add that Erekat “found consensus among his interlocutors to reject [Israeli Prime Minister Benjamin] Netanyahu’s and [U.S. President Donald] Trump’s plan for annexation and the continued expansion of settlements,” according to the report, and that Erekat had agreed with the international leaders that there was a need “to preserve the two-state solution.”