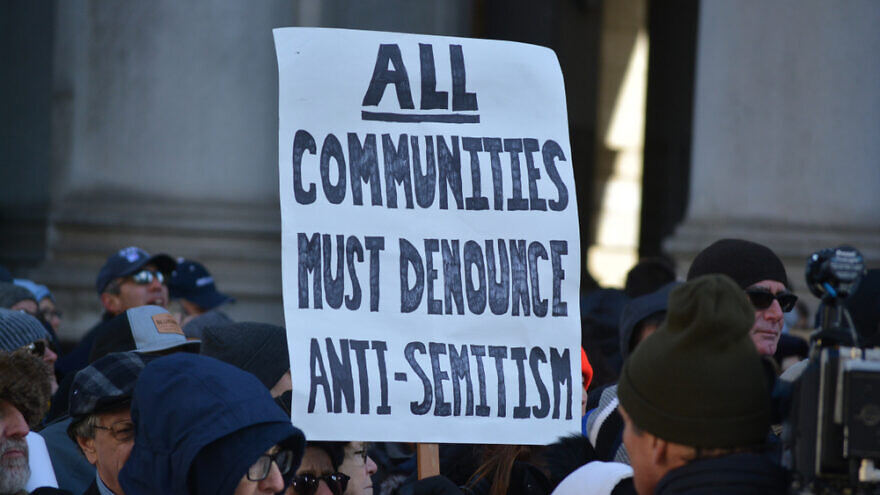 Those are the findings of a study conducted by HonestReporting, a nongovernmental organization that monitors the media for bias against Israel, utilizing research carried out with professional media intelligence tracking software and the FBI Hate Crime Statistics database.

“We were doing research for an unrelated project. But we noticed a pattern, which was that not only are Jews the highest targeted group for hate crimes per capita in the United States, but they are among the least reported in terms of hate crimes,” Daniel Pomerantz, CEO of HonestReporting, told JNS.

“What surprised us was that there seems to be a correlation between the amount of media coverage and the incidence of hate crimes. That is something that nobody has talked about or tracked before—that media could actually make a difference in making the world a safer place.”

“I’ll give you an interesting example,” he continued. “Prior to the George Floyd protests, hate crimes against black Americans were tracked at about four articles per incident. After the George Floyd incident, it increased to about six-and-a-half articles per incident, which is a huge change. Now, it’s too soon to see if that makes the black community safer, but we can already see a difference in the way the media is reporting on it,” said Pomerantz, who noted that hate crimes against Muslims are vastly more reported compared to Jews, and that hate crimes against Muslims have begun to decrease in the past three years.

In its study, HonestReporting compared the incidence of hate crimes against specific groups in the United States against the ensuing number of news reports published about those attacks. The research covers the period from 2018 to 2020. For purposes of the study, hate crimes were denoted as they are in the FBI Hate Crime Statistics database: as anti-Jewish, anti-Islamic (Muslim), anti-black/African-American, anti-Hispanic/Latino and anti-Asian, as well as hate crimes against persons with disabilities and those targeting Americans because of their sexual orientation/gender identity. The data was analyzed using the FBI’s Crime Data Explorer.

The results show that, despite Jews being targeted for hate crimes more than any other designated group, media coverage of those crimes amounted to less than two articles published per crime in mainstream news outlets, compared with more than six articles for anti-Islamic (Muslim) hate crimes; four-and-a-half for anti-black/African-American hate crimes; and three for anti-Hispanic/Latino hate crimes. Asian Americans and victims of hate crimes because of their sexual orientation/gender identity also doubly suffer due to underreporting. Pomerantz noted that hate crimes against Asian Americans have almost doubled from their rates three years ago. 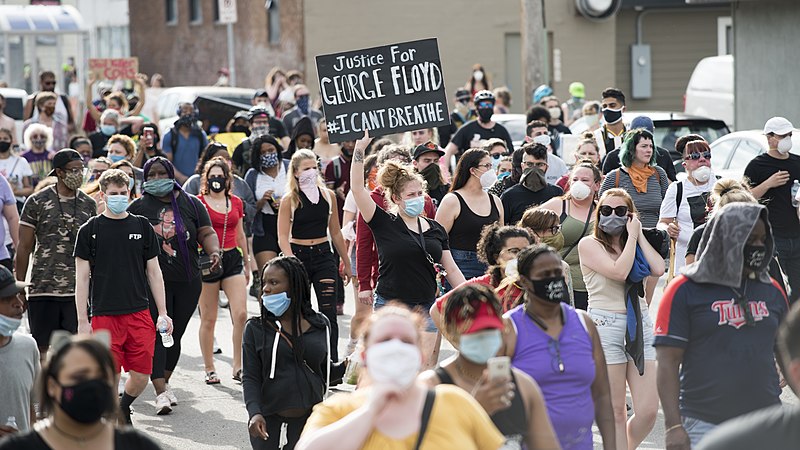 Hordes of people protest against police violence one day after the death of George Floyd, a 46-year-old African-American, while in police custody in Minneapolis, May 26, 2020, Credit: Fibonacci Blue via Wikimedia Commons.

Shining a spotlight on crime can make a difference

While mainstream media can often turn deaf when it turns to criticism of its own methods, Pomerantz, who spoke with JNS during a tour of the United States, said that outlets like CBS News were eager to speak with him about the subject.

“I was actually surprised at how much they care and how much they very much want to talk about this. I was going on CBS just when the news on Ukraine was breaking, and I assumed that the segment would get bumped. Not only did it not get bumped, but they were so enthusiastic to have me there, and spoke to me off-camera about just how important this is. That gives me a lot of hope because we assume that if the media cares about this, the media is prepared to go out and use this power to make a difference,” he explained.

Still, the results of the study point to what critics say is a foundational problem with media—namely, that the facts often become secondary to the narrative. Pomerantz pointed to last May’s coverage of the 11-day conflict between Israel and Hamas in the Gaza Strip, in that much of the news carried the narrative that Israel, which was fighting an internationally designated terror group, was actually the oppressor of innocent people.

“The result was then that hate crimes were carried out against Jews in America,” said Pomerantz. “Now, it should go without saying that assaulting an American Jew is not criticism of anything; it’s just assaulting American people. But because we had this narrative about Israel that was not being reported properly as a hate crime, what we realized is that when the media shines a spotlight on hate crimes, that can actually have the effect of reducing them and making the world safer for America’s most vulnerable groups. But when the media neglects that, it can cause harm for those same groups.”