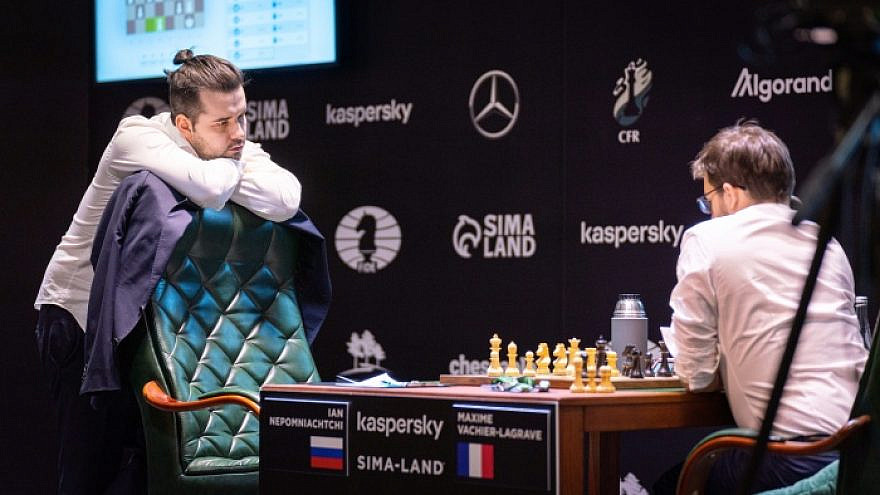 (April 29, 2021 / JNS) Russian Jewish chess player Ian Nepomniachtchi will challenge the current world chess champion, Magnus Carlsen, for the title in Dubai later this year after winning the FIDE Candidates Tournament on Monday with a round to spare.

The Russian grandmaster, 30, will go head to head with the Norwegian world champion in a 14-game match from Nov. 24 through Dec. 16 at Expo Dubai in the United Arab Emirates. The winner will take home $2.4 million.

Nepomniachtchi, officially third in the world rankings, learned chess at the age of 4 and was a candidate master at 7, according to The Guardian. He won several European youth titles as a preteen and in one match even defeated Carlsen, who started playing chess much later.

Nepomniachtchi was awarded his first Russian title in 2010, the same year he was a European champion; his second was in 2020 when an opponent had to forfeit due to COVID-19.

He competed at the 2009 Maccabiah Games along with female Hungarian Jewish chess grandmaster Judit Polgar and won the 2019 FIDE Grand Prix in Jerusalem, which qualified him for the Candidates’ Tournament.