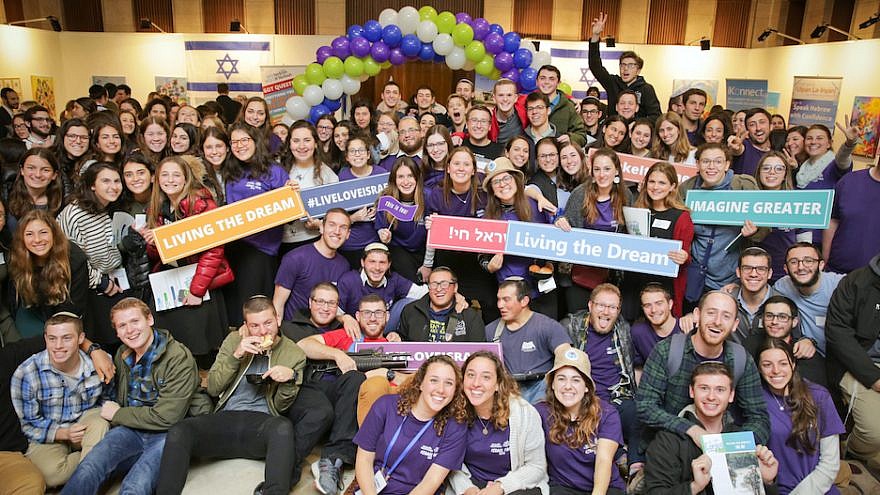 (April 25, 2022 / JNS) An American Jewish Committee survey of U.S. and Israeli Jewish millennials shows that Israel-Diaspora relations remain strong but also indicates points of divergence regarding what role Diaspora Jews should have in influencing Israeli policies, anti-Semitism in the United States and the Israeli-Palestinian conflict.

The first-ever parallel survey of Jews, ages 25 to 40, was conducted by YouGov in the United States and Geocartography in Israel for ACCESS, AJC’s young professional program and AJC’s Contemporary Jewish Life Department.

“Gauging the views of millennials is critical to ensuring strong, enduring ties between the world’s two largest Jewish communities,” said Dana Steiner, director of AJC ACCESS Global. “Our pioneering surveys provide vital insights into the thinking of emerging leaders engaged in Jewish life that will be critical to strengthen mutual understanding and cooperation between American and Israeli Jews, and also address challenges and opportunities.”

Significant majorities of American (72%) and Israeli (89%) Jewish millennials say it is important that the American Jewish community and Israel maintain close ties, with 48% of Americans and 46% of Israelis saying it is very important.

Some 55% of U.S. Jews say being connected to Israel is important to their Jewish identity, while 44% do not. In addition, 54% of American Jewish millennials feel emotionally attached to Israel; 26% say their emotional attachment to Israel has grown in recent years, and 25% say it has lessened and 48% say it has remained the same.

While the AJC survey shows two communities sharing much in common, it also revealed are disturbing trends within the U.S. Jewish community’s younger cohort, including:

On which Israeli policies American Jews should try to influence,

Anti-Semitism in the United States

Only 9% of Israelis think American Jews experience very little anti-Semitism in their daily lives, while 10% say they experience it very much, 28% quite a lot and 46% somewhat.

Regarding the Israeli-Palestinian conflict, 52% of Americans and 24% of Israelis say a viable solution to the conflict is possible.

Among those who say a solution is possible: