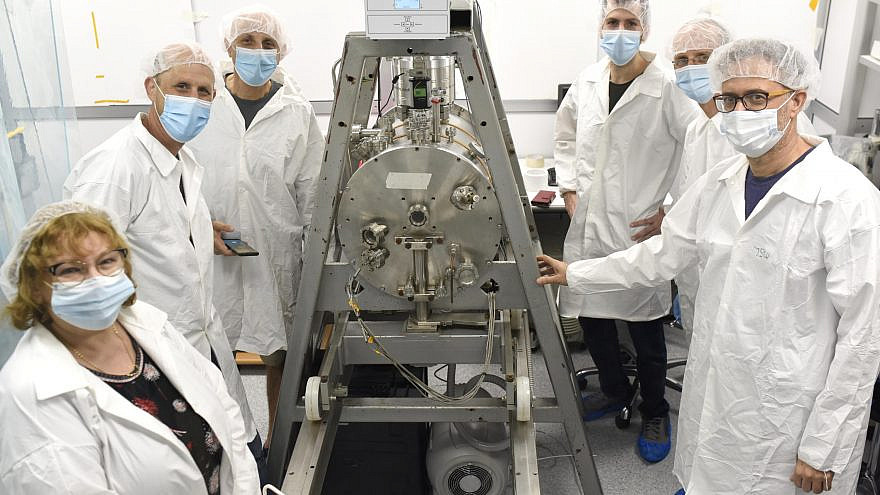 (February 22, 2021 / JNS) A nanosatellite made at Tel Aviv University is now in orbit and measuring cosmic radiation following its successful launch by NASA on Saturday, according to the university.

The satellite, called “TAU-SAT1,” is the first to be completely designed, developed, assembled and tested at an Israeli university.

“It’s a big day for TAU,” said Professor Colin Price, head of TAU’s Porter Department of Environmental Studies. “We have now joined the ‘civil space revolution’ … [in which] not only giant companies with huge budgets and large teams of engineers can build and launch satellites.”

TAU completed the construction of “TAU-SAT1” about four months ago and sent it for pre-flight testing at the Japanese space agency JAXA. About two weeks ago, the nanosatellite arrived at its final stop prior to liftoff: Wallops Island in Virginia, where it “caught a ride” on a NASA resupply spacecraft destined for the International Space Station. 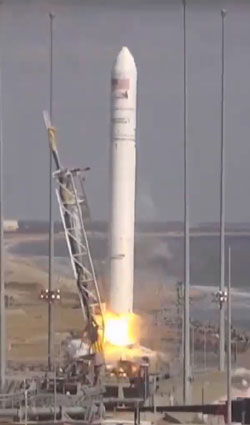 Launch of NASA’s resupply spacecraft for the International Space Station upon which the nanosatellite “caught a ride” on Feb. 20 in Virginia. Credit: TAU Spokesperson’s Department.

Price explained that a few years ago, TAU established the Center for Nanosatellites with the goal of building small “CubeSats” to conduct research.

“Since then, we were able to prove that with the right planning, miniaturization and modulation of many technologies, small satellites can be built and launched into space within two years by students, at a fraction of the budget [previously] needed,” he said.

The nanosatellite measures 4×4 by 12 inches and weighs less than 5.5 pounds.

The data it collects will help scientists design protective equipment for astronauts and space systems, which can be easily damaged by cosmic radiation.

According to Meir Ariel, director of TAU’s Center for Nanosatellites, “Our scientific task is to monitor this radiation, and to measure the flux of these particles and their products.”

“Space is a hostile environment, not only for humans but also for electronic systems. When these particles hit astronauts or electronic equipment in space, they can cause significant damage,” he added.

The data from the satellite will be collected by a station on the roof of the university’s engineering building. The station will also serve as a space relay for amateur radio communities around the world.

“When the satellite passes ‘over’ Israel,” explained Ofer Amrani, the head of TAU’s miniature satellite lab, “that is, [when] it is within a radius of a few thousand kilometers from the ground station … the antennas will track the satellite’s orbit and a process of data transmission will occur between the satellite and the station.”

Amrani said the transmissions will happen about four times a day, with each transmission lasting less than 10 minutes.

Because the satellite has no engine, its trajectory will fade over time as a result of atmospheric drag. “Eventually, it will burn up in the atmosphere and come back to us as stardust,” said Amrani, who added that the satellite is expected to be operational for a few months.