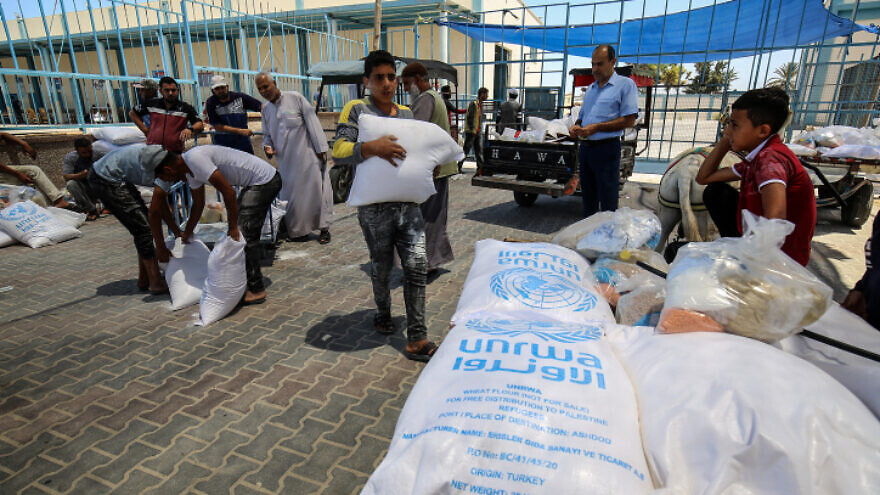 (June 30, 2022 / Israel Hayom) The director of UN Watch has criticized the United Nations Relief and Works Agency for Palestine Refugees in the Near East for its failure to dismiss six educators the Geneva-based NGO claims have engaged in anti-Semitic incitement.

A recent review by UN Watch of UNRWA operations in Palestinian schools found that the teachers had repeatedly and publicly called for the murder of Jews. Following the publication of the UN Watch report, the NGO demanded the six educators be fired.

Instead, they were placed on administrative leave.

“Teachers who call to murder Jews must be barred from the classroom for life,” UN Watch chief Hillel Neuer said in a statement. “These temporary suspensions are just a slap on the wrist.”

The refugee agency, said Neuer, “is trying to pretend they solved the problem, even as they signal to their staff—and to terrorist organizations like Islamic Jihad, which pressed UNRWA to reject the … report—that they don’t really object to the virulent anti-Semitism of their teachers, which UNRWA and its donors know pervades the agency.”

UN Watch had exposed more than 120 UNRWA teachers and other staff who “praise Hitler, glorify terrorism and spread anti-Semitism,” said Neuer, yet UNRWA has not named a single one who has been fired.

Instead, he continued, UNRWA’s first reaction was to try to discredit UN Watch, calling it a “politically motivated organization” that tries to “delegitimize the work of the agency.”

UNRWA deputy commissioner-general Leni Senseth said, “The actions of this organization [UN Watch] and the coordinated comments by satellite organizations, demonstrate yet again the real intent. They seek to destroy, not build; to invite conflict, not build a lasting peace.”

In a statement published on its website, UNRWA said that its senior executives had briefed donor states about “allegations of hate speech recently levied against several Agency staff members” which it said “were timed to disrupt the annual UNRWA pledging conference at United Nations headquarters in New York.”

According to UN Watch, the suspensions sparked outrage from Palestinian groups.

The Joint Committee for Palestinian Refugees, a coalition that includes the Palestinian Authority, Hamas and the Palestinian Islamic Jihad, called on UNRWA “to immediately rescind its procedure of suspending six employees, and not to respond to U.S.-Israeli pressures and dictates.”

Walid al-Awad, head of the Palestinian National Council’s refugee committee, said UNRWA’s suspension of the teachers was “unacceptable and must be dropped immediately.”

The Popular Front for the Liberation of Palestine, designated as a terrorist organization by Israel, the United States, Canada and the European Union, demanded the teachers’ suspensions be reversed, saying it “will not in any way allow UNRWA’s acquiescence to Zionist pressure and incitement.”