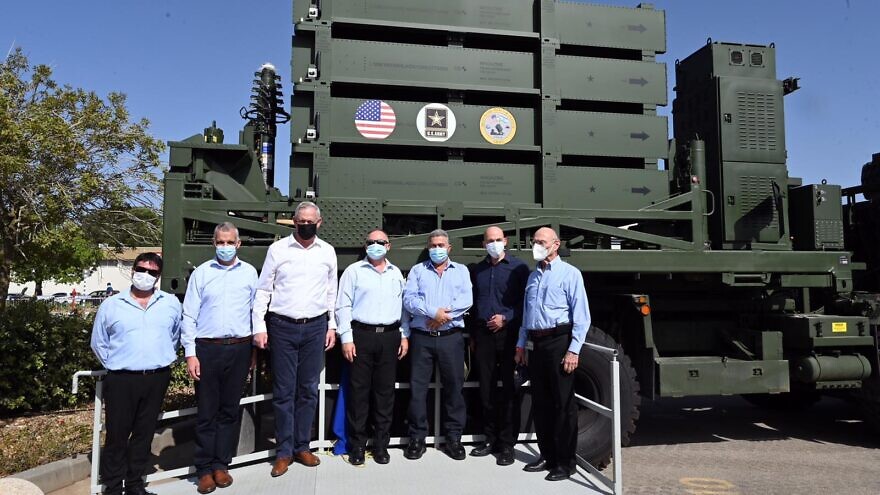 Israeli officials at the ceremony held in honor of the delivery of an Iron Dome battery to the U.S. Army, September 2020. Photo by Ariel Hermoni/Israel Ministry of Defense.
Spread the word.
Help JNS grow!
Share now:

(August 23, 2021 / JNS) The U.S. Army, in conjunction with the Israel Missile Defense Organization and Rafael defense company, completed its first live-fire test of the Iron Dome air-defense system that America acquired from the Jewish state, Israel’s Ministry of Defense announced on Monday.

According to a statement, “the performance and live-fire test was conducted at the White Sands New Mexico test range and was the first time U.S. soldiers intercepted live targets employing the Iron Dome System. Iron Dome developers Rafael, IAI Elta and mPrest supported the test.”

The two countries signed an agreement to procure two Iron Dome batteries in August 2019; those were delivered in 2020. Since then, they have “undergone a process of acceptance testing and operator training over the past months,” according to the Defense Ministry.

The prime contractor for the development and production of the Iron Dome is Rafael Advanced Systems. The Multi-Mission Radar radar is developed by ELTA, a subsidiary of Israel Aerospace Industries (IAI); the command-and-control system is developed by mPrest.

The Israel Missile Defense Organization is a part of the Directorate of Defense R&D in the Defense Ministry. It leads the development of Israel’s multi-layered defense array, which is composed of four layers: Iron Dome, David’s Sling, Arrow 2 and Arrow 3.