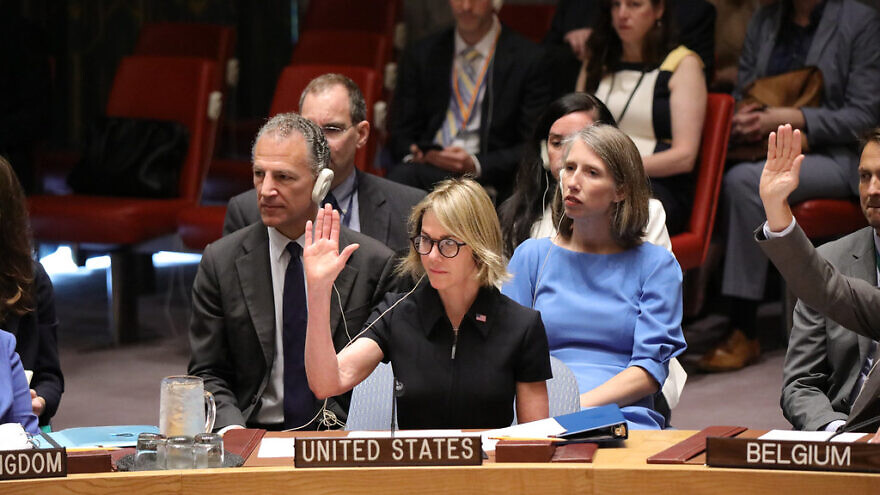 (September 24, 2020 / JNS) United States Ambassador to the United Nations Kelly Craft said on Wednesday that another Arab country would declare its intent to sign a peace deal with Israel within days.

“Our plan is to bring more countries, which we will have more being announced very soon. … One [country will sign] in the next day or two,” Craft told Al Arabiya.

Since Israel signed the historic Abraham Accords peace agreements with the United Arab Emirates and Bahrain on Sept. 15, there have been multiple reports that additional Arab states—in particular, Morocco, Oman and Sudan—would follow suit in short order.

In his opening address to the 75th United Nations General Assembly on Tuesday, U.S. President Donald Trump said that following the “landmark breakthrough” of the peace agreements with the UAE and Bahrain, “other Middle Eastern countries … are coming fast and they know it’s great for them, and it’s great for the world.”

The Abraham Accords signified “the dawn of the new Middle East,” he said. “We intend to deliver more peace agreements shortly.”

Craft said that while the United States would “obviously” welcome a move towards normalization by Saudi Arabia, the overall focus of the peace efforts was the people of Iran, according to Al Arabiya.

“What’s important is that we focus on the [Abraham Accords] agreement and we do not allow the [Iranian] regime to exploit the goodwill of Bahrain, the United Arab Emirates or Israel,” said Craft.

“We want to bring everyone on board in hopes that this will allow the Iranian citizens to see that people really want peace in the Middle East, and they are part of this peace,” she added.