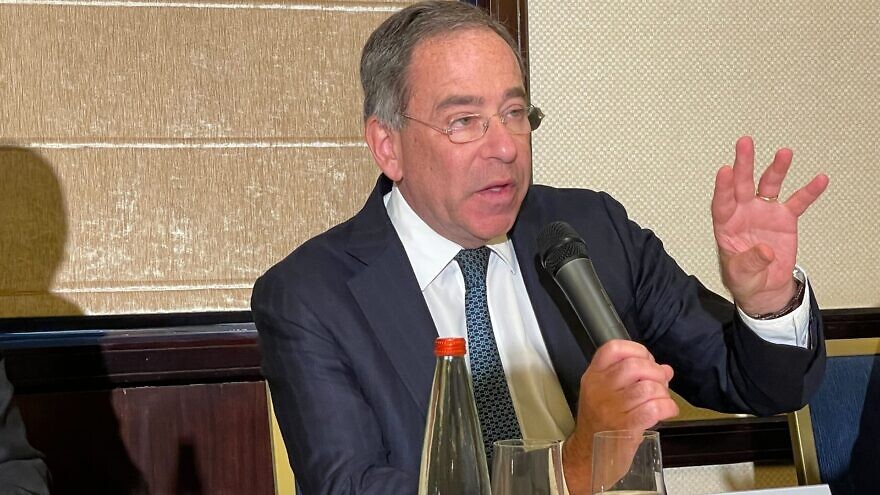 (November 2, 2022 / JNS) It is not yet possible to predict the composition of the next government in Jerusalem, U.S. Ambassador to Israel Thomas Nides said on Wednesday afternoon,, even as opposition leader Benjamin Netanyahu’s right-religious bloc appeared poised for victory.

“I am pleased to see such strong voter turnout for the Knesset election. It is too early to speculate on the exact composition of the next governing coalition until all the votes are counted,” Nides said in a statement posted to Twitter.

He added that he “look[s] forward to continuing to work with the Israeli government on our shared interests and values.”

U.S. President Joe Biden has yet to comment on the election.

With more than 4.1 million votes counted, or nearly 86% of the total ballots cast in Tuesday’s national vote, Netanyahu’s bloc was predicted to pick up 65 seats in the 120-member Knesset, according to the Central Elections Committee.

This number and the prospective electoral map could still change, especially if the far-left Meretz and anti-Zionist Arab Balad parties enter the Knesset.