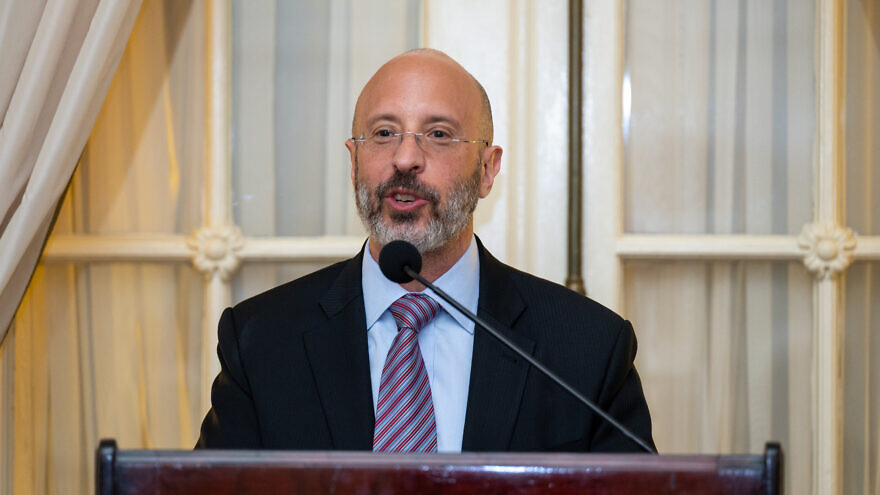 The Foundation, led by Elisha and Marion Wiesel, will adopt a hybrid approach that will not only grant funds but also work with organizations directly as partners, offering access to innovative thinking partners and acting as an emblematic megaphone to champion their cause.

The Foundation’s recalibrated grantmaking program will seek to fund organizations that embody Nobel Peace Prize winner Elie Wiesel’s legacy as an educator and activist. Grants to educators will support moral educational programs inspired by Jewish values. The Foundation is seeking to support programs and projects that foster dialogue, especially in engaging ways.

Activist grants, meanwhile, will focus on programs that restore the rights and dignity of the Uyghur population, in keeping with Elie Wiesel’s belief that “sometimes we must interfere. When human lives are endangered, when human dignity is in jeopardy, national borders and sensitives become irrelevant. Whenever men or women are persecuted because of their race, religion, or political views, that place must – at that moment – become the center of the universe.”

The Foundation will be awarding one or more grants in each portfolio for its 2022 cycle, ranging in size from $50,000 to $200,000. Applicants must be financially sound 501(c)(3) tax-exempt organizations, able to demonstrate realistic plans for carrying out the program or project for which they seek funding. Submissions will be reviewed internally through various stages and finalists will be considered by a group of notable names, passionate about the respective value track.  Grant applications are being accepted online through the Foundation’s website and are due December 31, 2022. Learn more here.

“The values my father stood for – combatting indifference, educating youth, calling out injustice, and defending human rights – continue to be the moral bedrock of the Elie Wiesel Foundation,” said Elisha Wiesel. “We are so excited to announce our new grantmaking program to provide nonprofits that embody those values with the resources to achieve lasting impactful change.”

“Elie Wiesel was my dear friend and trusted partner in the fight for human rights around the world. I think it is very appropriate that his Foundation put the fate of the Uyghur people as one of its main priorities and will be focused on delivering resources and moral support to those advocating for the Uyghurs,” said human rights activist and EWF Advisory Board member Natan Sharanksy. “The free world cannot stay silent about China’s horrific persecution of its Uyghur minority. I know firsthand the power of outside support to those standing bravely against totalitarian regimes. That is why I am glad to serve as an Advisory Board member at the Elie Wiesel Foundation, dealing with this issue.”

ADVISORY BOARD ON UYGHUR CRISIS TO INCLUDE:

Natan Sharansky is a human rights activist and author who spent nine years in Soviet prisons as a refusenik during the 1970’s and 1980’s. From 1996-2005 Sharansky served as Minister as well as Deputy Prime Minister, in four successive Israeli governments. Sharansky served as Chairman of the Jewish Agency for Israel from 2009-2018. He was awarded the Congressional Gold Medal in 1986 and the Presidential Medal of Freedom in 2006.

Mark Hetfield is the president and CEO of HIAS, the oldest resettlement organization in the world.

Gulhumar Haitiwaji is the daughter of a Uyghur woman who survived a Chinese re-education camp.

ADVISORY BOARD ON MORAL EDUCATION TO INCLUDE:

Mayim Bialik is a neuroscientist, an actress, a podcast host, an author, and an outspoken activist for mental health and Jewish causes.

Dr. Mehnaz Afridi is a Professor of Religious studies and the Director of the Holocaust, Genocide, and Interfaith Education Center at Manhattan College.

Sarah Idan holds the title of 2017-2018 Miss Iraq and is the founding CEO of Humanity Forward, a multi-dimensional organization that promotes education and peace.

The Elie Wiesel Foundation was established after Elie was awarded the Nobel Peace Prize in 1986. Under the direction of Elie and his wife Marion, the Foundation developed, implemented and funded several critical humanitarian programs in Israel, including the Beit Tzipora Centers and the Darfurian Refugee Program.

This new direction will allow the Foundation to widen its scope through meaningful, action-driven partnerships.

About The Elie Wiesel Foundation for Humanity: Elie Wiesel and his wife, Marion, established The Elie Wiesel Foundation soon after he was awarded the 1986 Nobel Prize for Peace. Now spearheaded by Marion and Elie’s son Elisha Wiesel, the Foundation seeks to spark ethical consciousness of human rights by investing in programs that promote moral leadership and real-world outcomes for victims of injustice, and by making Elie’s teachings accessible via a central online archive. To learn more, visit: https://eliewieselfoundation.org/ 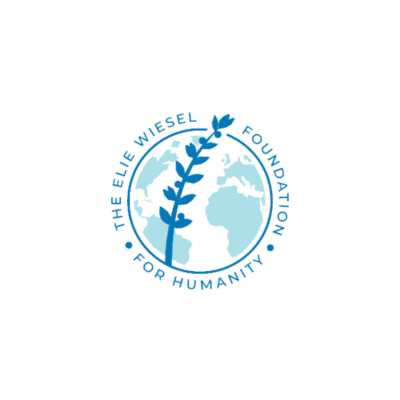 The Elie Wiesel Foundation for Humanity
Elie Wiesel and his wife, Marion, established The Elie Wiesel Foundation soon after he was awarded the 1986 Nobel Prize for Peace. Now spearheaded by Marion and Elie’s son Elisha Wiesel, the Foundation seeks to spark ethical consciousness of human rights by investing in programs that promote moral leadership and real-world outcomes for victims of injustice, and by making Elie’s teachings accessible via a central online archive. To learn more, visit: https://eliewieselfoundation.org/
Publish your organization's press release on JNS Wire
Releases published on the JNS Wire are communicated and paid for by third parties. Jewish News Syndicate, and any of its distribution partners, take zero responsibility for the accuracy of any content published in any press release. All the statements, opinions, figures in text or multimedia including photos or videos included in each release are presented solely by the sponsoring organization, and in no way reflect the views or recommendation of Jewish News Syndicate or any of its partners. If you believe any of the content in a release published on JNS Wire is offensive or abusive, please report a release.
Never miss a thing
Get the best stories faster with JNS breaking news updates