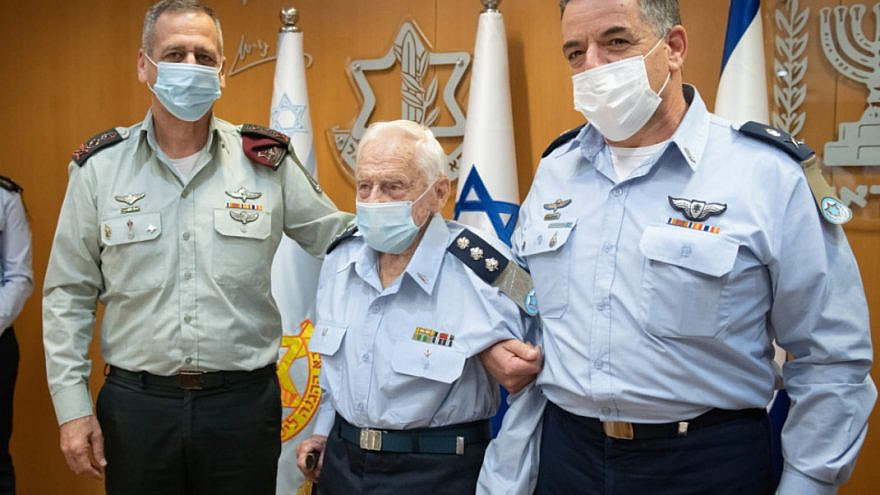 (February 21, 2021 / JNS) Israel’s top military brass was on hand Friday for the promotion of Alex Ziloni, 105, to the rank of colonel in honor of his “many decades of dedication to the State of Israel,” the Israel Defense Forces said in a statement.

Ziloni, who arrived in the country from Poland when he was just 5 years old and served as an engineer in the Royal Air Force during World War II, went on to become a founding member of Israel’s air force. In May 1948, the same time the country was born, 95 percent of the air force’s combat-ready crews were World War II veterans, mainly from English-speaking countries.

Ziloni served in the corps until 1960, participating in aerial operations during the Suez Crisis. He retired with the rank of lieutenant-colonel and went on to serve as a military attaché in Washington. 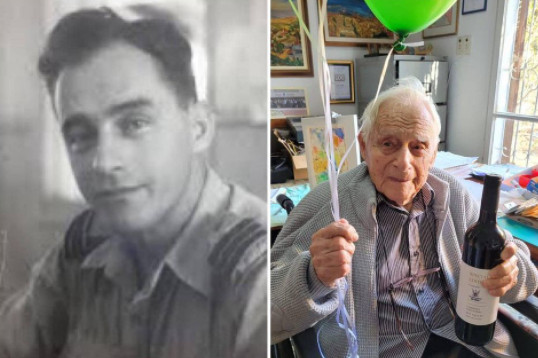 Alex Ziloni while serving in the IAF and on his recent 105th birthday. Source: Facebook.

In January 1948, Ziloni negotiated the purchase of 21 single-engine, lightweight Auster planes from the British.

“When the Foreign Office in London heard of the sale of the aircraft there was an immediate and very angry reaction,” state the archives of Machal, the overseas IDF volunteer organization. Britain had imposed an embargo on the shipment of planes and equipment to Israel while continuing to supply armored cars, machine guns, artillery, fighter planes, anti-tank guns and anti-tank shells to Egypt, Iraq and Jordan “in preparation for the conflict to come,” explained Machal.

The British also maintained the 7,000 strong Trans-Jordan Army, which was led by British officers.

“These small aircraft did a great job. Manned by a pilot and bomb-chucker, they were used for bombing the enemy with small bombs dropped onto the targets manually; for aerial reconnaissance; communications; for transporting food and medicine; and for transporting sick and wounded personnel,” said Machal.