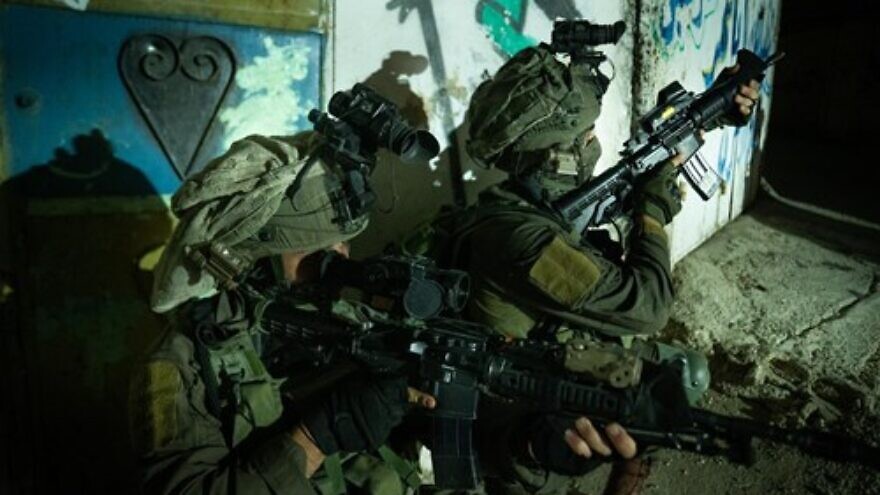 One of the gunmen was named as Sha’as Kamamji, a Palestinian Islamic Jihad member and the brother of Iham Kamamji, one of six Palestinian security prisoners who escaped Gilboa prison in September 2021 and was recaptured in Jenin shortly afterward.

According to the Israel Defense Forces, violent disturbances broke out during Israeli counter-terror operations in the village, with Palestinian rioters hurling explosives and shooting at the Israeli troops, who responded with live fire. No Israeli casualties were reported.

The operation in Kafr Dan was part of a wider series of counter-terror operations in Judea and Samaria on Wednesday night, including raids in Balata, Hebron and Beit Omer. Eighteen suspects were arrested and two weapons seized, along with a number of IDF uniforms, according to the military.

Earlier on Wednesday, Israeli security forces arrested a member of a terror cell that carried out a drive-by shooting on June 29, 2015, near Shvut Rachel, in which Israeli citizen Malachi Rosenfeld was murdered and three others wounded.

According to the Israeli Security Agency (Shin Bet), the suspect, Ma’d Hamad, 33, of Silwad, had been in Palestinian Authority custody since the attack but recently escaped and was planning an imminent attack.

A number of terror suspects from Hamad’s hometown of Silwad were also arrested on suspicion of plotting attacks with him.

The latest Palestinian casualties bring the total number of Palestinians killed in clashes with Israel to five since Wednesday, according to Ynet.