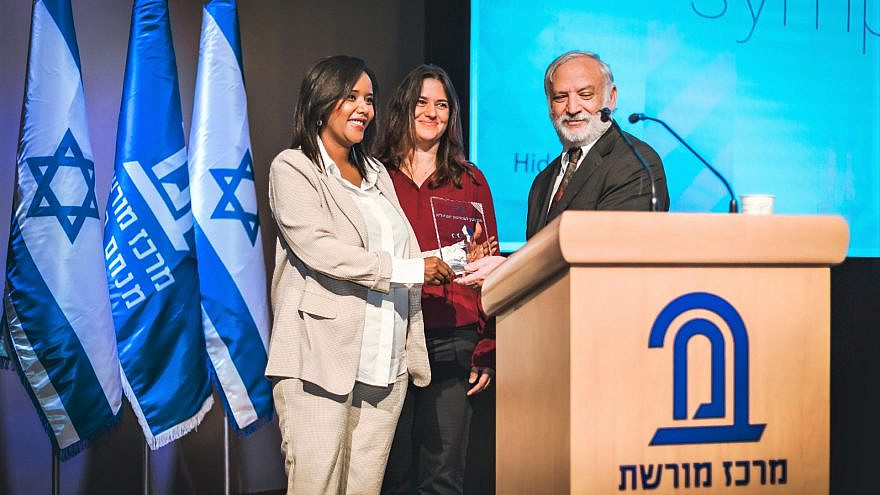 Pnina Tamano-Shata has helped paved the way for many women and was appointed to serve as the first member of the Ethiopian community in the Israeli government. Her national accomplishments have been seen in the fields of aliyah, absorption and optimal integration.

She was lauded for years of activity in the struggle for the advancement of social equality and against injustices for disadvantaged communities, with a focus on the Ethiopian community.

“For me, to stand here in this moment and receive the Begin Award for Israeli leadership, as a granddaughter and descendent of the spiritual leaders, the Kessim of the Beta Israel community, is a huge honor,” she said.

Former Israeli Prime Minister Menachem Begin,” she continued, “knew then that the Israeli government’s most important mission is not only to build a country but also to build a strong, cohesive and united society. Begin’s historic legacy was the way he connected between the different parts of Israeli society and the Jewish nation, and this is also my mission as a public representative; to act for unity in the nation, to continue promoting aliyah and optimal integration, to fight against racism for the disadvantaged communities and to bring them to the front of the decision-makers’ table.”

The minister and Knesset member was awarded the prize in a festive ceremony at the Begin Heritage Center in Jerusalem. It took place within the framework of a two-day focusing on Begin’s lasting legacy as one of Israel’s founding fathers and central aspects of his leadership.

The symposium also features the new film about Begin, “Upheaval,” in which Tamano-Shata is featured.

“Begin’s sentence from 1977— ‘Bring me my brothers, the Ethiopian Jews’—is engrained in my memory forever,” she said, noting that he was the first prime minister that “saw us as brothers and sisters that must be part of the 12 tribes that return to Israel, and in this way, broke through barriers that were delaying aliyah.”