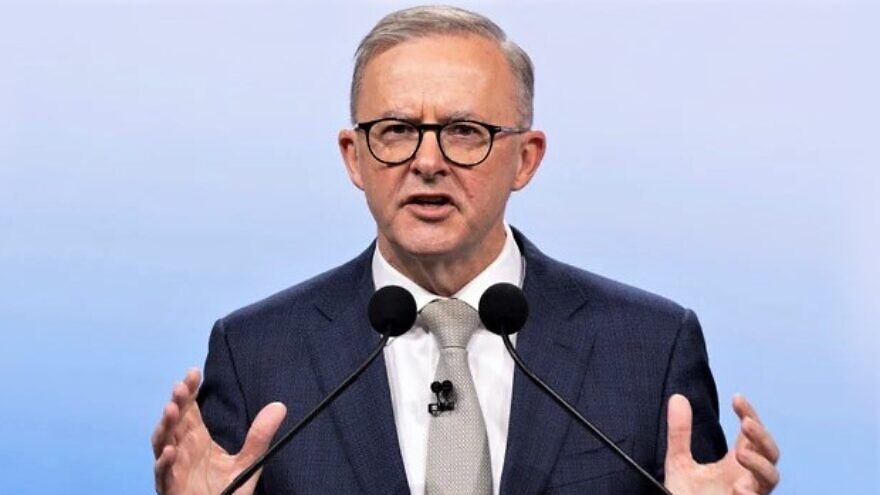 (October 19, 2022 / Israel Hayom) The Australian prime minister said on Wednesday that his government’s reversal of its recognition of western Jerusalem as the capital of Israel could have been handled better, but defended the move, saying it had returned Australia to the international mainstream.

“Some things can always be done better,” said Anthony Albanese after Canberra’s announcement of the decision drew criticism and led to a fallout with Jerusalem.

However, he went on to state that the Labor Party, which he leads, opposed the 2018 decision by then-Prime Minister Scott Morrison to recognize western Jerusalem as Israel’s capital in the first place. He accused the previous government of hypocrisy, noting that even after the recognition, Morrison’s administration failed to move the Australian embassy from Tel Aviv to Jerusalem.

He made the remark during a meeting with the Australian ambassador to Israel, who had been summoned to the Foreign Ministry for a diplomatic dressing-down over the matter.

As might be expected, the Palestinian Authority hailed Australia’s decision.

“We welcome Australia’s decision with regards to Jerusalem and its call for a two-state solution in accordance with international legitimacy,” tweeted P.A. Civil Affairs Minister Hussein al-Sheikh.