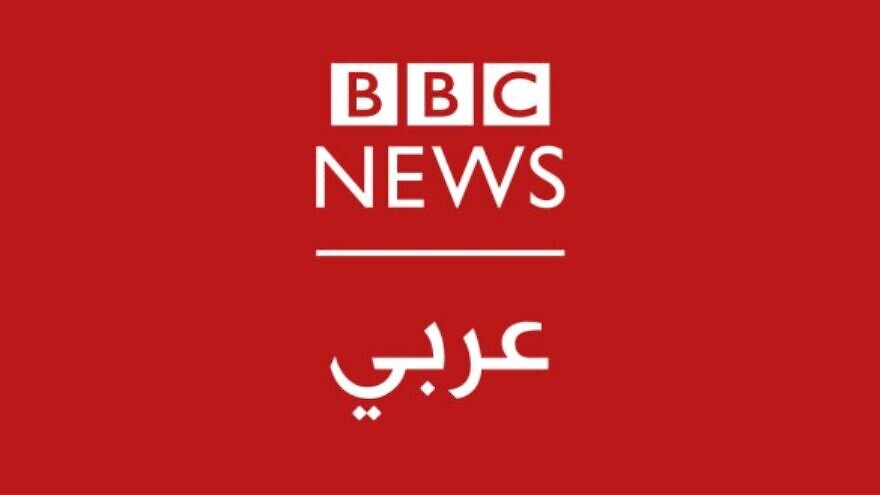 BBC Arabic. Staff were warned against referring to all Israeli towns and Israelis as “settlements” and “settlers,” respectively.
Spread the word.
Help JNS grow!
Share now:

(December 14, 2022 / JNS) Research by the media-monitoring organization CAMERA has resulted in the institution of significant behind-the-scenes changes in BBC Arabic’s coverage of Israel and the Middle East.

The move comes after the British news outlet underwent months of intense pressure regarding its Arabic-language service’s anti-Israel bias.

According to the London-based Jewish Chronicle, which has reported extensively on the matter, BBC Arabic’s head of multimedia output Mohamed Yehia emailed staff reiterating the importance of adhering to the news corporation’s guidelines.

In one of Yehia’s emails from October, the veteran employee reminded staff to call the Jewish state “Israel” rather than “Tel Aviv,” which is a reference widely used in Arabic media to imply its lack of legitimacy. Yehia also told them to abandon the term “Wailing Wall,” which also contains negative connotations in Arabic, and warned against referring to all Israeli towns and Israelis as “settlements” and “settlers,” respectively.

“The whole attitude towards Israel has been changing as the JC has published its stories,” a source in the BBC told the Jewish Chronicle.

The BBC has also stopped engaging pundit Abdel Bari Atwan, given the extensive antisemitic and pro-terror sentiments he has expressed over the decades. Many of those statements were first translated into English by CAMERA Arabic, such as an April 2022 YouTube video where Atwan praised the murder of three Israeli civilians in a Tel Aviv terror attack as a “miracle.”

“We used to have him [Atwan] on a lot, but we have been told not to,” the BBC source told the Jewish Chronicle. The source said that the network’s leadership convened a virtual meeting following CAMERA Arabic’s criticism and “read the riot act” to the Arabic-language staff.

The BBC has announced significant cuts to the 200-strong BBC Arabic operation, with 70 of about 150 Arabic-language jobs being lost at Broadcasting House. Its radio station will be shut down and its digital arm is set to be relocated to Amman, Jordan.

The newspaper’s revelations follow the BBC’s apology in November for its handling of complaints from CAMERA Arabic.

“We apologize for the unacceptable delay and will ensure formal responses are issued as soon as possible,” a BBC representative said regarding the network’s failure to address most of the 26 complaints CAMERA Arabic had submitted since May 2021.

In the wake of this rare apology, CAMERA celebrated these latest developments.

“Last month’s apology plus the tens of corrections, followed by this month’s revelations about internal warnings and the disengagement from the antisemitic Abdel Bari Atwan, are testament to the impact of CAMERA Arabic’s unprecedented work,” said Tamar Sternthal, director of CAMERA’s Israel office. “By exposing deeply flawed coverage that had previously been subjected to zero internal or external scrutiny, CAMERA Arabic is raising awareness within the media outlets’ English-speaking leadership.”

A bipartisan group of British MPs and peers will undertake an investigation of BBC’s coverage of Israel and Jews, the Jewish Chronicle reported.