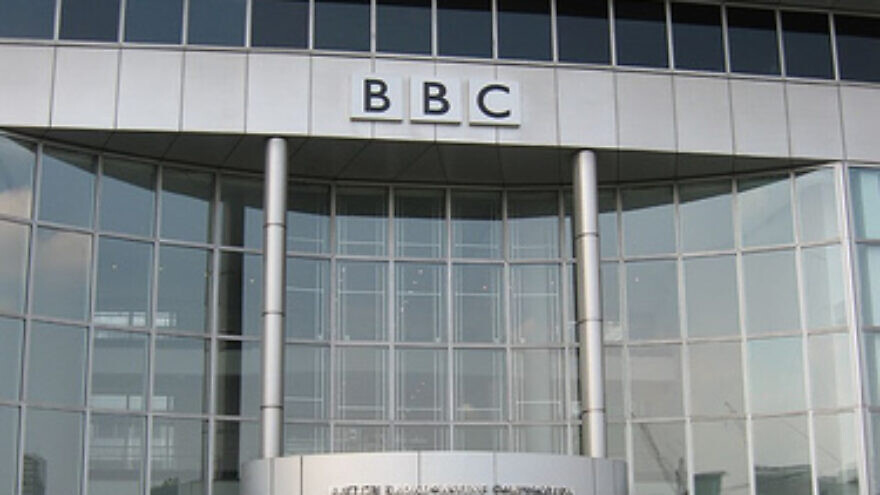 (September 9, 2022 / JNS) A total of 36 British politicians, Jewish leaders and public figures signed a letter this week asking the BBC to no longer feature as a commentator on its network Abdel Bari Atwan, who has been exposed for making anti-Semitic remarks and expressing support for terrorists.

The letter, addressed to BBC director-general Tim Davie, was signed by a number of Jewish groups, including the Board of Deputies of British Jews, the Jewish Leadership Council, the Community Security Trust, the National Jewish Assembly and the Campaign Against Antisemitism.

“This man has no place on our television screens and it is shameful that the BBC has yet to recognise that,” a CAM spokesperson told The Jewish Chronicle. “We shall be writing to the BBC and considering legal action over Mr. Atwan’s possible glorification of terrorism.”

Atwan, the editor-in-chief of the Rai al-Youm Arabic news website, has appeared on the BBC’s “Dateline London” program.

CAM unearthed anti-Semitic comments made by Atwan during an interview broadcast on the Beirut-based, Arabic-language Al-Mayadeen news channel on April 14, releasing them on Sept. 5.

Atwan complained of a 25-year campaign to silence him “led by Israeli security services, Mossad, Shabak and others.” He also said he believes that “massive Jewish institutions” try to silence him and others because they “believe they own the entire universe and control all the media. This is the truth.”

He further defended 28-year-old Raad Hazem, the terrorist behind the deadly Tel Aviv attack earlier this year, saying “resistance is a legitimate right, all laws have enshrined it, secular and Divine.”

The Jewish Chronicle previously reported that Atwan called the Tel Aviv shooting a “miracle,” and Hazem a “hero” and “martyr.”

He recently expressed sympathy for famed author Salman Rushdie’s attacker while appearing on the BBC and wrote in an article that he supports Palestinian Authority leader Mahmoud Abbas’s inflammatory comment that Israel has committed “50 holocausts.”