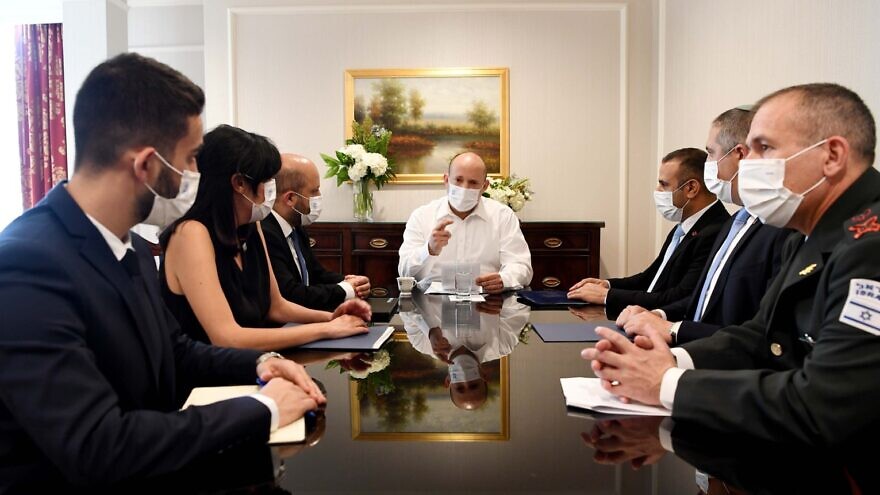 (August 26, 2021 / JNS) Israeli Prime Minister Naftali Bennett’s much anticipated first meeting with U.S. President Joe Biden has been postponed for Friday after news of a terror attack near the Hamid Karzai International Airport in Kabul, Afghanistan.

Bennett was originally scheduled to meet Biden and his staff for two bilateral meetings beginning at 11:30 a.m. on Thursday at the White House, but the president’s plans changed after a reported explosion near the airport.

According to Pentagon spokesman John Kirby, several American military personnel were killed in the attack, as well as Afghan civilians who were near the airport’s Abbey Gate. Another explosion happened at the nearby Baron Hotel, where British forces were helping to facilitate the evacuation.

At least 12 U.S. military members and dozens of civilians were killed in the attack, according to The Washington Post.

Biden has been preoccupied during the day with his national security team, including Secretary of State Antony Blinken, Defense Secretary Lloyd Austin, Chairman of the Joint Chiefs of Staff Gen. Mark Milley and commanders on the ground.

At the time that the first meeting with Bennett was supposed to occur, the White House announced that it was postponed indefinitely; later, it was rescheduled for 2:30 p.m. on Friday. At press time, it remains unclear whether that time will be kept or if the meeting will occur at all.

The Israeli prime minister, who arrived in the United States on Tuesday, had a planned meeting with German Chancellor Angela Merkel in Israel on Sunda. That visit from Merkel was canceled, according to The Associated Press, as Germany is scrambling to evacuate its own citizens and forces from Afghanistan.