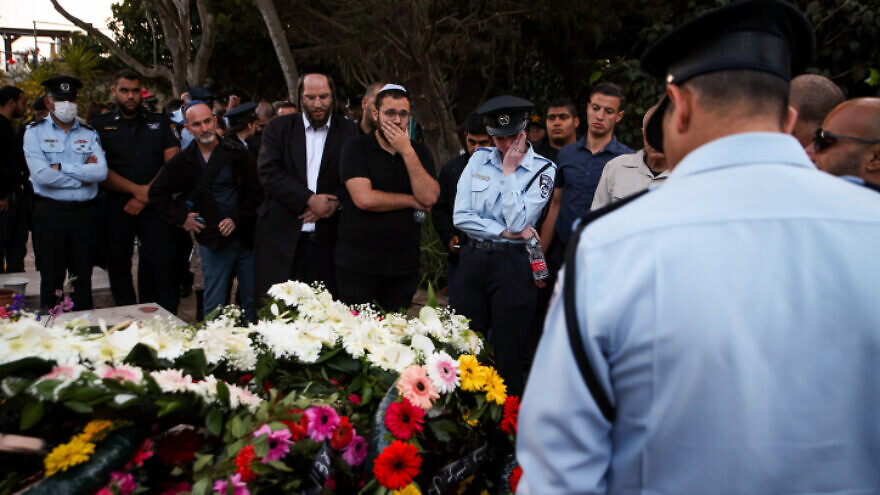 The funeral of Israel Police 1st Sgt. Amir Khoury, who was killed in a gun battle with a terrorist in Bnei Brak on March 29, at the Nof Hagalil cemetery, March 31, 2022. Photo by David Cohen/Flash90.
Spread the word.
Help JNS grow!
Share now:

(April 4, 2022 / Israel Hayom) The Bnei Brak city council is slated to discuss a proposal to name a street after 1st Sgt. Amir Khoury, who was killed responding to last week’s deadly terrorist attack in the city.

Khoury, a motorcycle patrolman, was the first person on the scene of the terrorist shooting on the evening of March 29. He and his partner engaged the shooter, and Khoury was wounded in the ensuing gun battle. He was evacuated to Petach Tikvah’s Beilinson Medical Center in critical condition, where he died of his wounds soon afterwards.

If the council adopts the proposal, made by councilman Yaakov Wieder, it will be the first time that the predominantly haredi Jewish city names a street after a non-Jew. Khoury, 32 at the time of his death, was a Christian Arab who lived in Nof HaGalil.

“We have an obligation to commemorate his courage and memory, and express all the city’s residents’ deep appreciation for his heroism,” said Wieder. 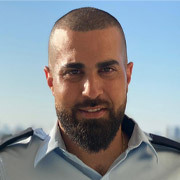 “However one saves a life, it is as if they save an entire universe. The Israeli hero, 1st Sgt. Khoury, sacrificed his life bravely while determinedly trying to engage the terrorist and bodily prevent the murder of many others. We must commemorate his courage and his memory,” he added.

Khoury was one of five people killed in the attack, along with Yaakov Shalom, 36, from Bnei Brak; Rabbi Avishai Yehezkel, 29, also from Bnei Brak; and two Ukrainian nationals, Victor Sorokopot, 32, and Dimitri Mitrik, 24.