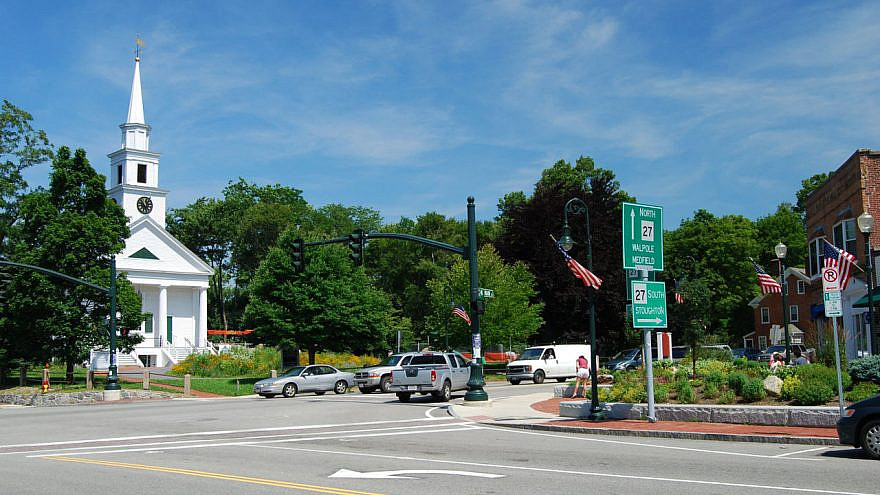 (April 5, 2021 / JNS) The Boston suburb of Sharon, Mass., has become the first municipality in the state to adopt the International Holocaust Remembrance Alliance’s (IHRA) Working Definition of Antisemitism, after a push by local activists.

In a unanimous decision, the Select Board of Sharon adopted the measure at its March 23 meeting, after community activists Susan Price and Robert Soffer presented the motion to the select board in February.

“My son has dealt with anti-Semitism on his college campus, where the IHRA definition has not yet been embraced,” said Price, referring to her son Max, who recently faced anti-Semitic harassment at Tufts University.

“The Town of Sharon has taken a proactive step that shows it cares about the safety of Jewish residents,” she continued. “The town can use this as a tool to educate its boards, departments and the broader community. It can be used to facilitate meaningful conversations and to identify antisemitic conduct, harassment, assault and vandalism.”

The move was endorsed by the board of directors of the New England Friends of March of the Living (NEFMOTL), a nonprofit that annually brings Jewish high-schoolers to Poland and Israel on a two-week trip. The NEFMOTL chair is longtime Sharon resident Irv Kempner, the son of Holocaust survivors. Other board members are also residents of Sharon.

Sharon is also the hometown of Ezra Schwartz, who was killed in a terrorist attack in Israel in 2015.