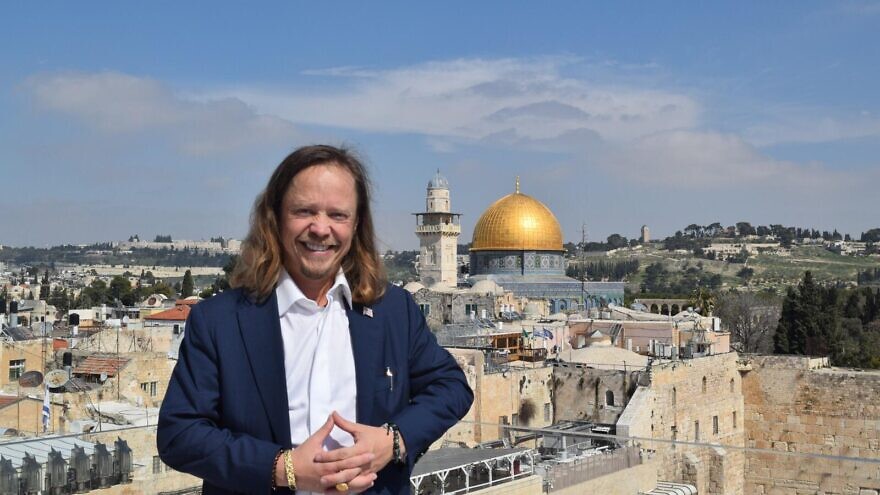 (February 24, 2022 / JNS) Vermont has the reputation of being among the most challenging states in America for Israel. That was already true due to the perception of Vermont as America’s most left-leaning state.

That image was enhanced by the recent flareup with Ben & Jerry’s ice cream, by far the most well-known product out of Vermont, whose owners are infamous for their far-left views and their criticism of Israel.

As such, it is refreshing to hear Vermont senatorial candidate Brock Pierce speak about Israel and provide anything but a cold shoulder.

JNS spoke to Pierce, 41, earlier this week during his visit to the Jewish state and his first trip to Jerusalem, during which he met with Prime Minister Naftali Bennett, opposition leader Benjamin Netanyahu and Jerusalem Mayor Moshe Lion.

He also met up with actor Jon Voight, who was visiting Israel to film a new movie.

“Everyone has a strong connection to Israel whether they realize it or not—certainly those who are religious or spiritual, of which I am both,” Pierce said. “This is the birthplace of it all.

“And aside from all of that,” he continued, “I am all about innovation, and Israel is the place where a lot of innovation is created.” 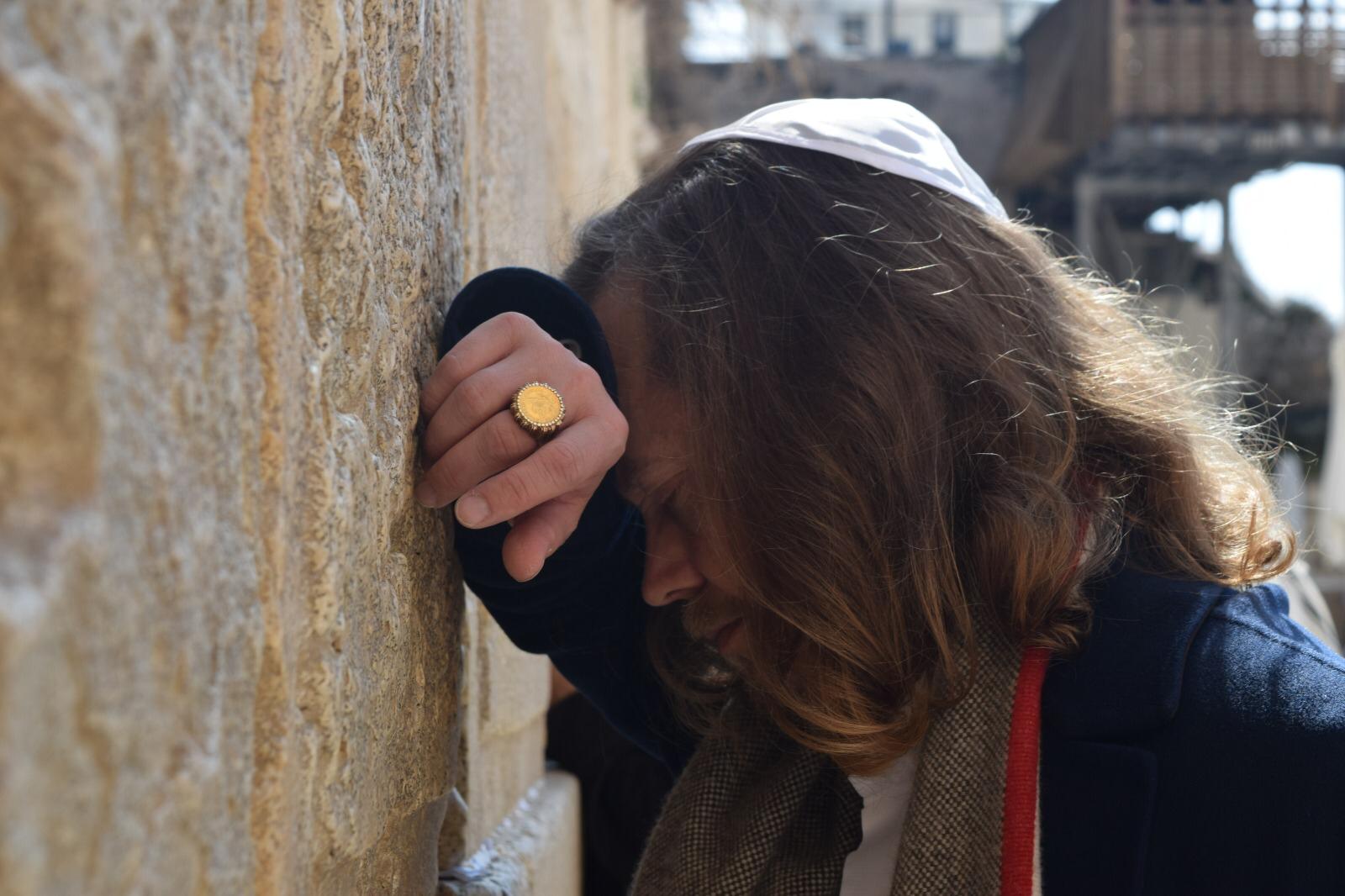 Pierce, a famous childhood actor (best known for his role in “Mighty Ducks”) turned entrepreneur and venture capitalist who is credited with pioneering the market for digital currency, is multidimensional. A 2018 article by Rolling Stone described him as a “visionary and madman, idealist and opportunist, entertainer and businessman, magician and hedonist, narcissist and community builder.”

He’s made billions in cryptocurrency and the actual folding dollars, and previous visits to Israel were focused on Tel Aviv and Herzliya, where he tapped into “the incredible energy” of the White City and scored opportunities for collaboration.

When he travels around the world, “generally, I am offering heads of state access to innovation that they might not otherwise be able to find,” Pierce said. “It is different in Israel. What I have to offer Israel is to assist them in exporting their innovation… I think I can bring Israeli innovation to the world.”

He knocked Ben & Jerry’s decision to close it’s Israeli franchisee at the end of the year after it refused to halt the sale of its products in Judea and Samaria, saying, “they should stick to being involved in ice cream” and stay out of politics.

Pierce also said that U.S. President Joe Biden should not get involved in the Israeli-Palestinian conflict or make any moves to undo the work of his predecessor, President Donald Trump, in Jerusalem.

“If Trump did the hard work in terms of taking the controversial steps” to close the Palestinian consulate in Jerusalem and move the U.S. embassy to Israel’s capital, “I probably would have left it alone. No matter what you do, you are going to make some people unhappy. I am not sure there is much upside to messing with it. Some things you cannot win, and this is just one of those issues.”

Biden promised shortly after he took office to reopen the Jerusalem consulate that Trump closed in 2019, to rebuild diplomatic ties with the Palestinians. So far, reportedly due to pressure by the Israelis, the president has put it off.

“In general, the U.S. and Israel have great relations,” Pierce said. “Israel works hard for that, and America does as well, but Israel works more.”

On Pierce’s U.S. Senate election website, he promises “Vermonters” that if elected he would help “Vermont and our nation become a global model of sustainability and a vibrant, more inclusive economy” with a focus on three areas: economic growth and job creation; technology as a tool for equality and opportunity; and accelerating sustainability toward a green economy.

He’s never been in politics before, aside from a last-minute run as an independent presidential candidate in 2020. Pierce said he put his name on the ballot “not with any intention of winning, but as a research mission to understand the mechanics.” But he added that “when you live a life of service, you start to think how you can have the biggest impact in the world, and that is probably in public service.”

Pierce believes that the American system of governance is broken and divisive and that he can fix it.

“I would not be playing in politics just to get elected,” Pierce said. “I am looking at the transformation of the system itself.”

Pierce has not registered as a Democrat or a Republican. He said he could run with either party or, more likely, as an independent.

He said new technological tools could alter the way the system and its leaders operate and that in his own campaign, he plans to “introduce interesting ideas and tools that will bring us closer to a direct democracy.”

According to Pierce, technology does not play enough—if any—role in the political system, other than election campaigns and ballots. He contends that many elected officials “barely know how to use technology. Some of them don’t use email, and they are not even interested in learning.”

These politicians are at the end of their political cycles, said Perce, and in 2022 “a new generation is stepping in. That’s why I am so busy traveling, speaking about crypto and innovation in general,” he continued. “Innovation is the answer to most of our problems.”

On the cusp of the future

Pierce has a good track record of identifying the next big trend. He was among the first to realize that media and content would be distributed digitally, to enter the metaverse and the world of digital currency, and ultimately to understand that what was built in the virtual world would blend into the analog world.

“When you live on the cusp of the future it becomes quite easy to see what is coming next,” Pierce said. “The digital transformation is occurring now. It has affected all of our lives, affected all of our businesses and it is going to start impacting our systems of government.”

“This is why it is so important you are involved,” he continued. “The future is going to happen with you or to you. Your civil participation is not required, but it is highly encouraged.”