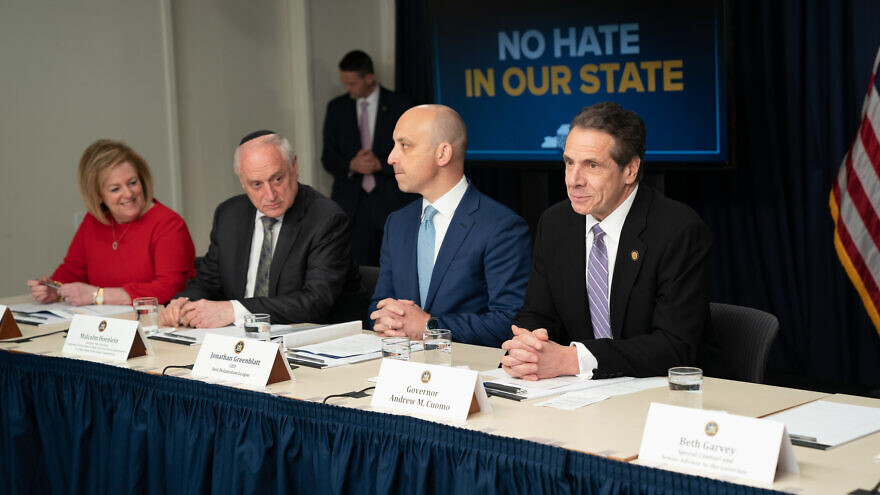 (August 13, 2021 / JNS) The defiant tone of outgoing New York Gov. Andrew Cuomo in the wake of an investigation in which 11 women accused him of sexual harassment had many surprised on Tuesday when he announced his resignation, handing the position to his Lt. Gov. Kathy Hochul. The transfer of power is slated to take place in the next couple of weeks.

Jewish politicos in the state with the country’s highest Jewish population said Cuomo leaves behind a mixed legacy with the Jewish community in the 10-plus years he has served as the state’s governor. They described Cuomo as someone not endearing, and that the relationship, though productive, was one of necessity for both Cuomo’s political ambitions and the community’s needs.

A rift between Cuomo and, in particular, Orthodox Jews began to widen with the continuation of coronavirus restrictions and lockdowns with many believing that his executive orders in the past 18 months scapegoated haredi Jews.

Ezra Friedlander, founder and CEO of the Friedlander Group, which advocates for haredi Jews, said that Cuomo’s record with issues important to them had been very positive for most of his tenure until the start of the pandemic.

“I think people will remember him with fondness and with positivity on the one hand,” he said. “On the other hand, obviously, there were COVID-related issues where there were some directives from the state that people were extremely upset about. But then again, I don’t think you can judge a person on only the last 18 months.”

Prior to March 2020, Friedlander said the governor’s office was very receptive to various Jewish organizations, whether on issues of anti-Semitism, social services and infrastructure.

Maury Litwack, director of state political affairs with Orthodox Union Advocacy, agreed that for many Jewish organizations, the Cuomo administration was proactive, including being the first state to pass state-level security funding for religious organizations in the wake of rising anti-Semitism. 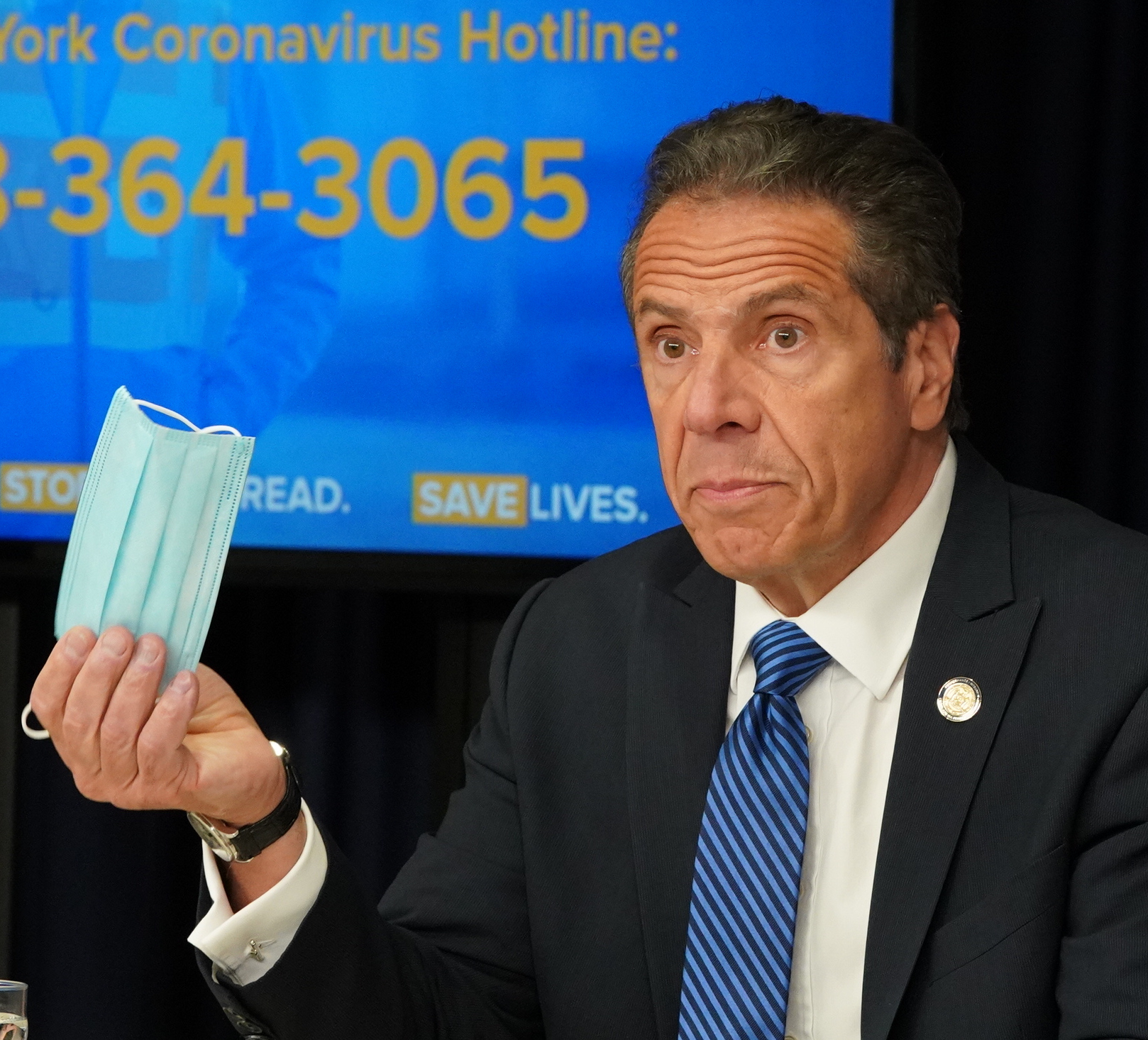 New York Gov. Andrew Cuomo urging New Yorkers to wear a face mask to help prevent the spread of the coronavirus in the spring of 2020. Source: Andrew Cuomo via Twitter.

According to Litwack, Cuomo also supported funding for Jewish day schools and was an ardent pro-Israel supporter who visited frequently.

Still, Litwack saw what he called the increasingly contentious relationship with the Jewish community since the pandemic began.

“I’d say over the last year-and-a-half, the relationship has been extremely rocky,” he said, adding that he believes it was due to the breakdown of communication between Cuomo and the Jewish community. “I think the community felt like there wasn’t an open door of communication and an understanding of what it was going through with COVID.”

Of course, when the virus first swept through New York City—attacking religious-heavy areas because of population density, large extended families, and the nature of close-knit prayer, study and interaction—it threw leaders for a loop long before the rest of the country and before they could get a handle on it, public-health-wise. Hundreds of rabbis in Brooklyn fell ill and died in April, May and June.

Much of the Orthodox Jewish backlash against Cuomo appeared in force last fall, when Cuomo and his administration began placing extra restrictions on Orthodox neighborhoods in New York, especially Brooklyn, where COVID was on the rise, saying that it was necessary to prevent a second outbreak and harshly criticizing Jewish groups that violated capacity limits with tone-deaf statements.

Yossi Gestetner, co-founder and executive director of the Orthodox Jewish Political Action Committee (OJPAC), which advocates for civil liberties and civil rights for the haredim, said that the governor used Orthodox Jewish communities as a scapegoat to pretend that the second wave of infections in the fall wasn’t just an Orthodox problem.

“Last fall, almost every day for a few weeks, he repeatedly targeted the Orthodox Jews for—you can call it naming them, shaming them,” said Gestetner.

Cuomo’s administration made Orthodox communities into “red zones,” which would have more stringent anti- coronavirus measures than other zones.

Yet according to Gestetner, at the time other areas of the state, such as some counties in Upstate New York, had higher rates.

“He wasn’t busy with the people in those counties. He didn’t name them by name, by ethnicity, or by racial group,” explained Gestetner. “But he did so to Orthodox Jews last October and I think the consequences were very bad in terms of hate attacks. Verbal hate attacks, certainly discrimination in the private sector where business meetings and medical appointments were canceled for Orthodox Jews, especially in the so-called red zones, which are made out to be the cause of all problems in New York at a time when so many counties had worse rates.”

Cuomo’s leadership style or personality did not ingratiate himself to even members of his own party, leaving him with few to support him when his political fortunes started to change.

“Anybody who knew him, knew that he was a very nasty, miserable, horrible individual, … that God forbid, if you criticize him in any fashion, if you disagreed with anything in this administration, you became his enemy, and he would do whatever he could to destroy you,” said former longtime New York State Assembly member Dov Hikind, who knew Cuomo and his father, former New York Gov. Mario Cuomo, since the early 1980s.

Hikind said the community he represented had a good relationship with Cuomo because the governor had no choice but to deal with them.

A Democrat who served as assemblyman for 36 years, he also stated that the governor’s statements towards the Orthodox Jewish community in the fall of 2020 could be considered anti-Semitic. 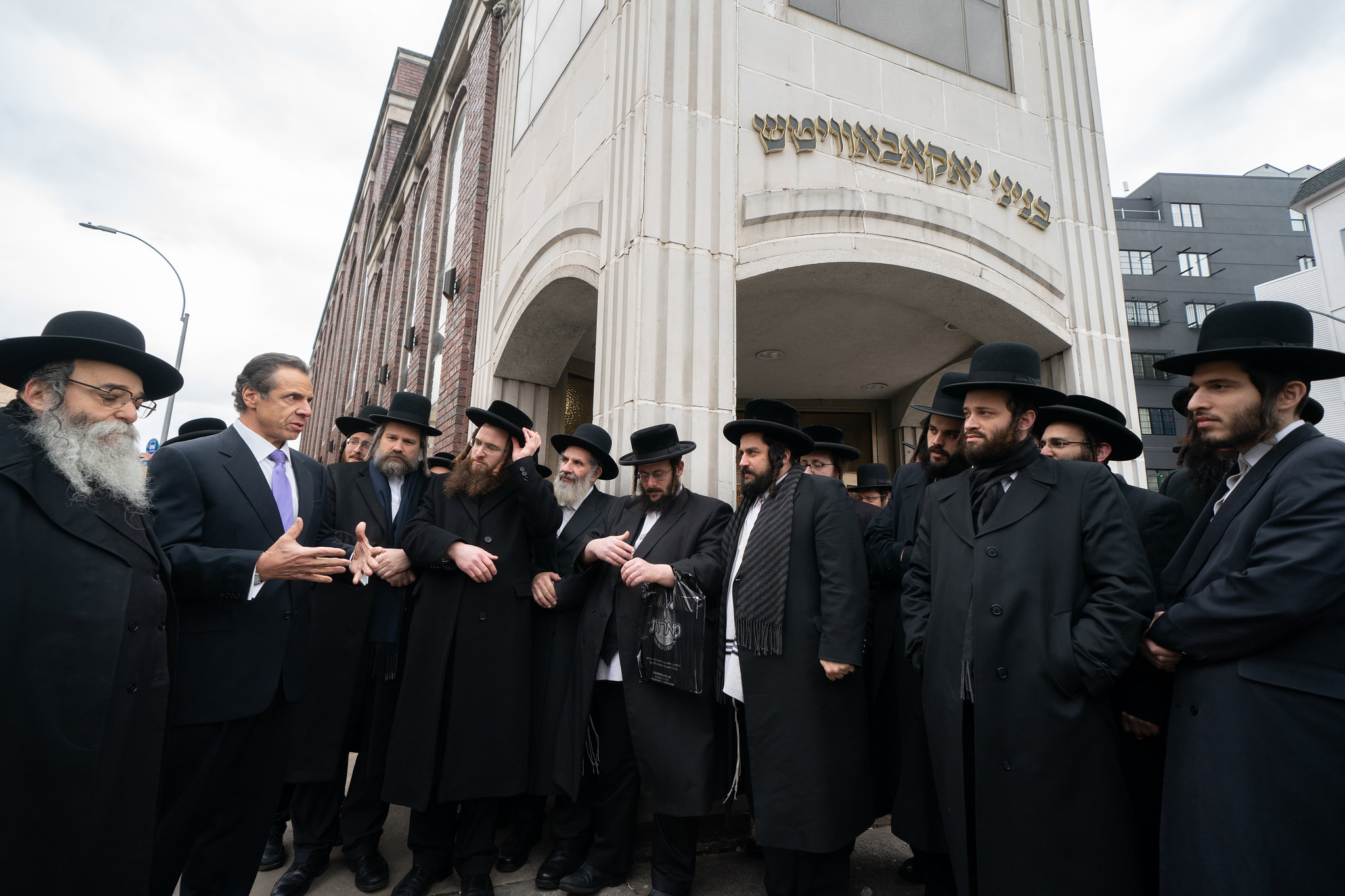 New York Gov. Andrew Cuomo, a Democrat, meets with Jewish leaders in the Brooklyn, N.Y.,  neighborhood of Williamsburg amid a spike in anti-Semitic attacks. Source: Twitter.

But as anti-Semitism in New York grew during Cuomo’s term in office, Hikind said that Cuomo’s actions to stem it were performative and ineffective, going only as far as condemning individual acts of anti-Semitism and sending in New York State Police to help the New York Police Department (NYPD) investigate the incidents, which he believes the NYPD could have done without the troopers’ help.

Matt Nosanchuk, a former Obama administration White House Jewish liaison and founder of the New York Jewish Agenda, a progressive Jewish organization, said that after allegations of Cuomo’s behavior became public, his organization was one of the first to call for Cuomo’s resignation in March.

“I think basically, it was an affront to our values, dignity and responsibility … ,” he said. “It’d become clear that he had lost the confidence of the majority of New Yorkers, and with challenges—significant challenges facing New York City, and state and the months and years ahead—we need a governor who can focus their energy on solving the problems of New Yorkers.”

“Clearly, one of the challenges that he faced was his leadership style had alienated a lot of people,” said Nosanchuk. “And so, when things got difficult for him, it wasn’t like there were a lot of people lining up to support him.”

Hochul, who will replace Cuomo on Aug. 24 and become New York’s first woman governor, has a far different relationship with the Jewish community than Cuomo.

As lieutenant governor, she was known for traveling around the state and meeting many constituencies, including Jews of all observance levels.

Recently, Litwack accompanied Hochul to visits to Jewish day schools in Queens and Flatbush to talk about education and rising anti-Semitism. She also attended a combating anti-Semitism rally in Westchester as well as speaking to an OUA mission to Albany.”

“I’m really excited to welcome her as governor,” said Litwack. “I think she’s going to prove very quickly that she’s the right person for the job.”

Hochul was also a featured speaker for Nosanchuk’s organization when it held its inaugural event in March 2020, which he said meant a lot for his organization.

‘Walks in with an extremely clean slate’

Hochul, who is from Upstate New York, was chosen to be Cuomo’s running mate in 2014 and then won re-election in 2018. Prior to serving as lieutenant governor, she worked in the private sector and served as a member of the U.S. House of Representatives after winning a special election to fill a seat vacated by Rep. Chris Lee (R-N.Y.), who resigned from his position after a shirtless photo of him was published.

Friedlander said that Hochul was perfectly distanced from Cuomo these past years to benefit from the constituency engagement by visiting various communities, but not blemishing her record, as her position under Cuomo rendered her relatively powerless. 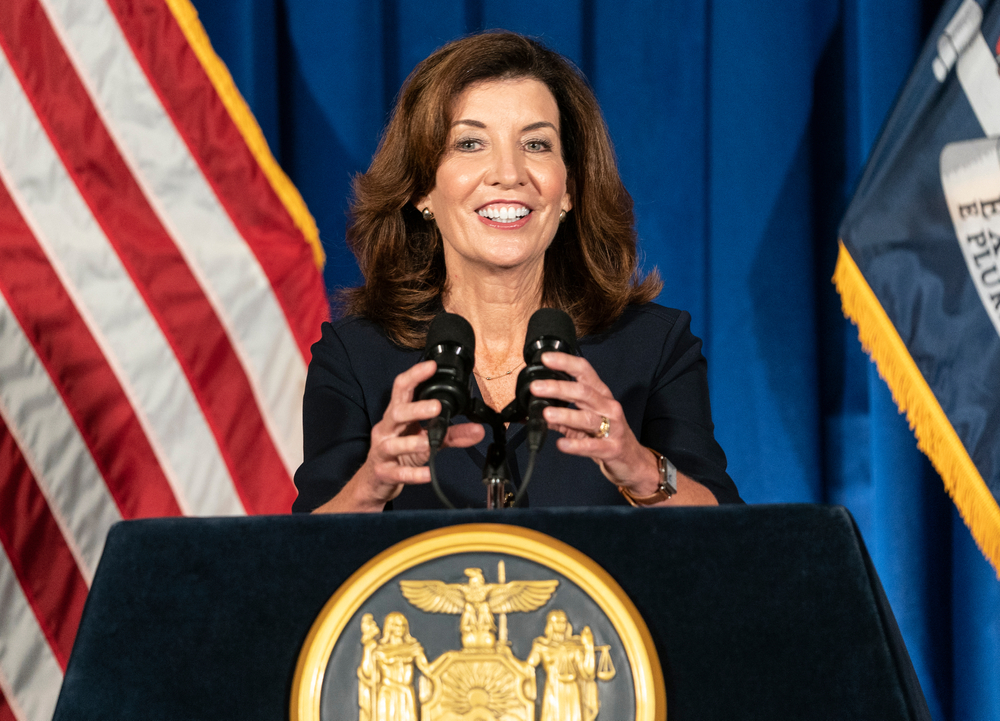 “I had the pleasure of hosting her at an event as well. So she got to know the players. The governor never really went around. That was her primary role was to represent the governor,” said Friedlander. “So in abstract fashion, she actually benefited from Andrew Cuomo not giving her too much power because she sort of walks in with an extremely clean slate. Yet she is known and knows the players, and probably knows the process as well. In other words, she had almost an eight-year training period, sort of as a shadow governor, without the responsibilities or the record.”

Hikind joked that few even knew she existed, including Cuomo.

“One of the things about Cuomo, if you were not part of his inner circle, you did not exist,” he said. “I’m not even sure the governor knew who the lieutenant governor was.”

He added, “I’m not blaming her. It was just the way Cuomo functioned. She was not part of the team. I guarantee you that Cuomo never, ever, ever would pick up a phone and ask her, ‘Kathy, what’s your opinion on this? What do you think we should do?’ ”

Hochul will complete the remainder of Cuomo’s term but has already stated plans to run in 2022, meaning she has a year to gain exposure and win trust from New York Jewish voters.