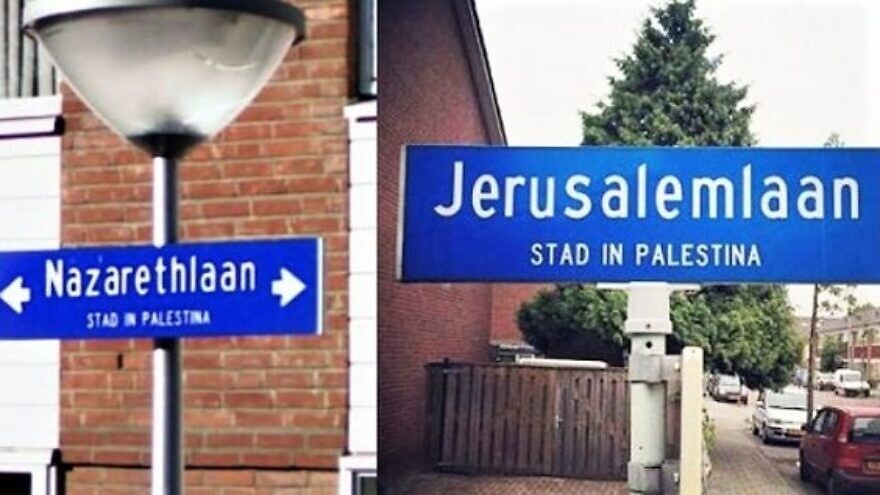 (February 12, 2020 / JNS) A Dutch city has decided to postpone a decision to change street signs that identify Israeli cities as Palestinian, JTA reported on Sunday.

A spokesperson of the municipality of Eindhoven in the eastern Netherlands on Friday wrote on Twitter that the signs that recognize the cities as being located in Palestine would be changed, “but in the framework of regular replacement, which is now not on the table.”

The cities referred to on the street signs include Jerusalem, Nazareth and Tiberias.

In 2014, the municipality agreed to change the signs following a push by Dutch Jews and Israel advocates to do so. Likoed Nederland, a local association supportive of Israel’s Likud ruling party, complained that the current designation was politicized, and that Palestinians intend to “wipe Israel off the map.”

Criticism of the signs have again started on social media, particularly in the wake of the Trump administration’s Mideast peace plan.

In response, the municipal’s spokesperson tried to appease the situation by saying on Friday that the reference to Palestine was to “biblical Palestine,” even though neither the New Testament nor the Hebrew Bible make mention of a “Palestine.”