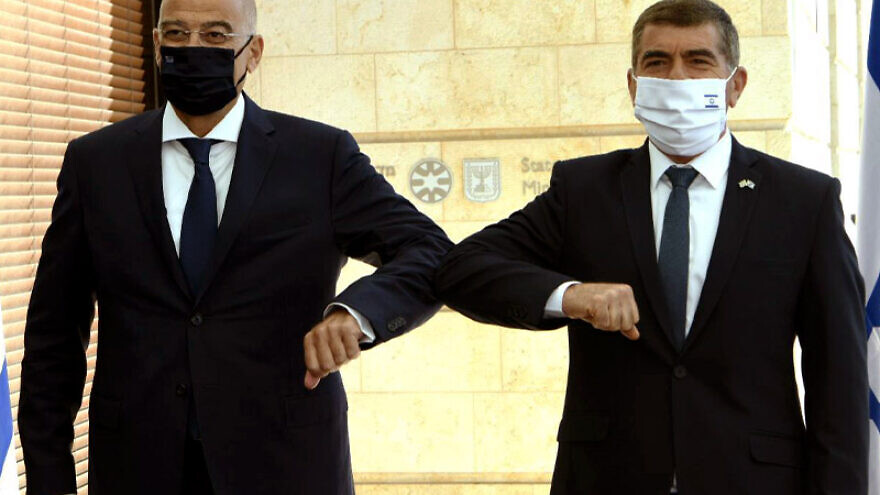 (August 13, 2020 / JNS) Israel and Greece agreed on Thursday to permit up to 600 Israelis a week to visit four Greek locations beginning next week.

The agreement was announced by Israel’s Foreign Ministry following a meeting in Israel on Thursday between Greek Foreign Minister Nikos Dendias and his Israeli counterpart, Gabi Ashkenazi.

The four cities that will be permitted to Israeli tourists are Athens, Thessaloniki, and the islands of Crete and Carpo, according to Ynet.

However, according to the report, Israelis will not be allowed to visit the rest of the country because the European Union prohibits tourists from countries with a high infection rate. Israeli’s infection rate currently stands at 6.7 percent.

Ashkenazi praised the agreement, calling it an expression of the close ties between the two countries.

“I welcome the Greek decision to resume tourism from Israel during the corona era. This is an expression of the warm relationship between our two countries and the common desire to return to a normal routine during these difficult times,” said Ashkenazi, according to a Foreign Ministry statement. ​

Following the meeting, Dendias invited Ashkenazi to pay a reciprocal visit to Greece, which Ashkenazi accepted, according to the ministry. No date has yet been set for the visit.

Dendias will also meet with Israeli Prime Minister Benjamin Netanyahu during his visit to discuss tourism and Turkey’s surveying for oil and gas in the eastern Mediterranean in an area claimed by Greece.