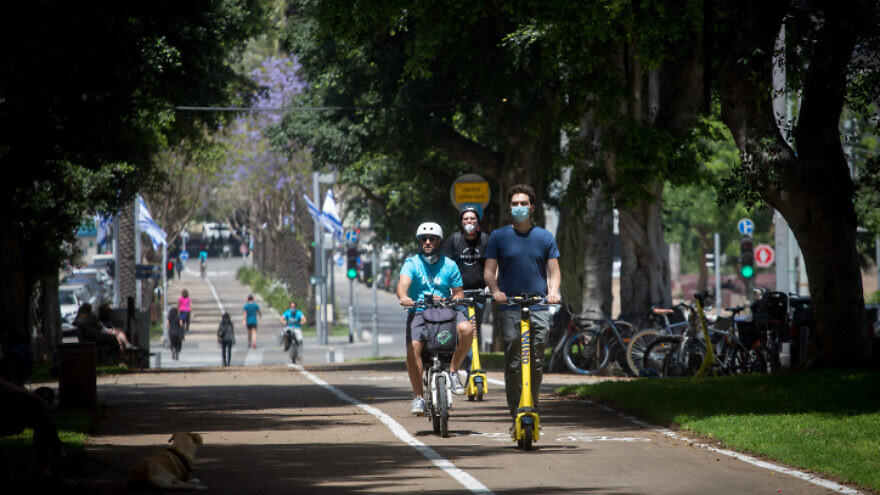 (January 30, 2022 / Israel21c) As anyone who’s ever tried walking down Israel’s sweltering streets at the height of summer knows, sunstroke is often only a step away.

But a new plan is set to make such strolls a much leafier affair.

The government has given the go-ahead for a national plan to plant some 450,000 trees in city streets across Israel in the next two decades in a bid to combat climate change and cool down the streets.

The trees are set to be planted along almost 2,000 miles in 100 local authorities, providing their potentially busiest pedestrian sidewalks with continuous, 70-percent shading by 2040.

“The government of Israel has placed the climate crisis at the top of its list of priorities, and a significant part of dealing with it is the promotion of urban tree planting,” the Environmental Protection Ministry noted on its website.

“A massive planting operation will improve thermal comfort in urban spaces, promote walking and a healthier lifestyle, significantly reduce heat islands and contribute to the reduction of other negative consequences of climate change and pollution in cities.”

Existing tree shade coverage will be mapped out, funding will be found for investment in urban forestry, and green construction standards will be updated to refer to the planting of new trees and the conservation of existing ones, the ministry added.

A multi-year $700 million program will be formulated by the relevant ministries and be brought for the government’s approval as part of the 2023-2024 budget discussions.