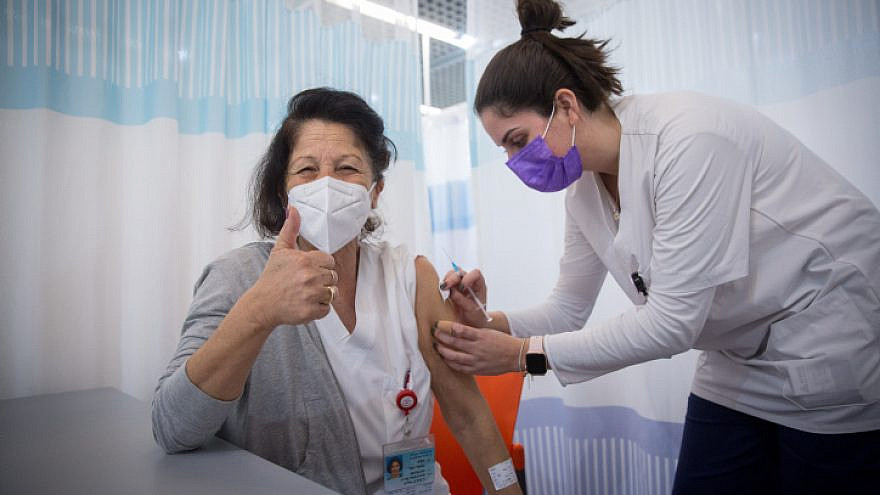 (January 19, 2021 / Israel Hayom) More than 98 percent of people who received both doses of the COVID-19 vaccine have developed antibodies that neutralize the virus, according to the results of a serological study conducted by Tel Aviv’s Sheba Medical Center at Tel HaShomer.

The serological study also showed that only two subjects had developed low levels of antibodies. Professor Gili Regev-Yochay, head of the medical center’s Infectious Disease Epidemiology Unit, who directed the study, said that one of the subjects was resistant to the vaccine, and the other was young and healthy.

“The results of the study match the Pfizer trials and even exceed expectations,” said Regev-Yochay.

“I expect that the results of the study of the rest of the [medical center] workers will be similar. There is certainly a reason for optimism. I hope that we’ll see a drop in the number of new cases in the next two weeks,” she added.

Sheba continues to analyze the findings of other serological studies, and researchers are looking into whether there is a link between subjects’ age and the level of antibodies they develop. According to Regev-Yochay, the assumption is that anyone who has received both doses of the vaccine cannot infect others.

According to Regev-Yochay, “People who have received both doses of the vaccine have levels of antibodies ranging from six to 59. These are high values, and it’s encouraging and reasonable to assume that these people will not be carriers or contagious, although that is still not a direct conclusion.”